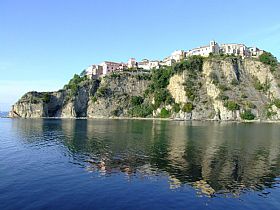 Agropoli is the gateway to the Cilento National Park, and is the largest and liveliest town in that area. Perched on a promontory about the Mediterranean Sea, it sits at the south end of the Gulf of Salerno and has a protected port, a nice marina, and long stretches of sandy beaches where the hills end and the sea begins. Fishing is still an active industry, and the town is a transportation point for the Cilento, offering rail connections between Salerno and the villages, as well as ferries to other coastal towns and islands.

The city started life as a Greek colony called Akropolis ("high town"), linked to the prestigious Paestum to the north and Velia to the south. At the highest point there was a temple, like in Athens. Evidence of this was found beneath the castle that now occupies that site. While it was founded by the Greeks, it was fortified by the Byzantines, then ruled by the Normans who built the castle and walls for defense. The fortifications didn't stop the Saracens from sacking the city and using it as a base for raids on other coastal towns.

Today, it's invaded by sun-seekers and history buffs who want to bask in the Mediterranean climate and enjoy the ancient ruins in the area. The old town is preserves its medieval atmosphere, with a ramp-like street that arrives at the monumental, decorative city gate. Tucked within the walls are charming alleyways, pretty palazzi, little piazzas, and some nice restaurants and cafes. There are fabulous views that sweep over the coastline and up the forested hills. Along the walls you can still see where the moat lined it for extra protection.

There is a lovely lighthouse, and along the Agropoli coast you can still find three well-preserved watch towers that date from the Middle Ages. But not everything is ancient; the city is a mix of modern and old. There is an overall lively vibe with trendy bars, loads of eateries, and even a few night spots. The beaches are popular, especially Baia di Trentova, known for its natural, uncontaminated setting. The whole area was awarded the prestigious Bandiera Blu (blue flag), a designation of cleanliness for the water and the beach.

Agropoli throws an annual party every July 24 in honor of the Madonna of Constantinople with a seaborne procession of boats to pay homage to the patron saint of fishermen. The ceremony then culminates in an all-night land-based party of food, music, and dancing.

Agropoli is a central point for seeing the Cilento coast and park. It's just a few minutes from the splendid ruins of Paestum. A short distance south are the delightful towns of Castellabate (including Santa Maria di Castellabate and San Marco di Castellabate) where the film Benevuti al Sud was filmed. The best of the sea and hills are found here, along with genuine southern hospitality and bright sun.

Haven't visited yet? Have questions about Agropoli? Ask them here!

Enjoy the comfort of a vacation home in Agropoli. 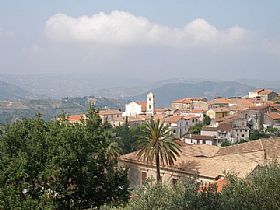 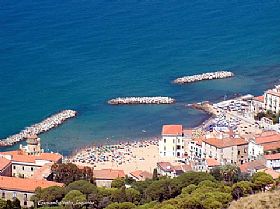