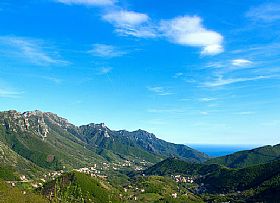 More than a town, Tramonti is a place, composed of thirteen hamlets scattered among the rugged hills above the Amalfi Coast. Here you'll find vineyards, chestnut woods, olive trees, grazing sheep and scented lemon groves, set in a bucolic landscape, just eight kilometers from the sea. Tramonti comes from "tra i monti", meaning "among the mountains". Tramonto (singular) in Italian means "sunset" which is also apt for this collection of towns as they overlook the western sky.

A fascinating place founded by the Romans, like the closely-linked neighboring town of Scala and Amalfi itself. According to historians, the natives built the village of Cesarano between the IV and the V century BC on the western side of Tramonti. Cesarano has been the main center of Tramonti for a long time; the population gradually increased and spread along the area that later on was divided into different small villages. Even the coat of arms is allusive: three mountains surmounted by a crescent moon.

Tramonti, as many other villages of the coast, cannot be considered separately from Amalfi, as all the villages contributed to the Republic's greatness through a long labor of skirmishes, invasions, and victories, in which the various villages nearby had an important role. Tramonti was involved in the defense of Amalfi from the incursions of the Lombard Arechi II and the ambitious Sicard of Benevento, until Amalfi freed itself from the grasp of the Duke of Naples (1 December 839) and reached a unique splendour becoming a powerful maritime republic for several glorious centuries. Tramonti took advantage of the commercial traffic in Amalfi, augmenting trade and local artistic production. The large number of churches, ancient monuments, and the presence of dozens of noble families and illustrious men in these villages attests to this role. With the fall of the Maritime Republic of Amalfi, caused by the Normans, who dominated the coast for a while, Amalfi and the villages around faced hard times and, as a consequence, Tramonti decreased its importance and greatness.

Today, Tramonti's villages give a break from the crowded coast and a glimpse of rural life just a short distance from the glittering resorts. Regional products and specialty foods are still produced here and it's worth a trip uphill to see how they're made and buy direct.

The castle St Maria la Nova, was built along with the castle Chiunzi in 1453 for want of Raimondo Orsini, prince of Salerno and Duke of Amalfi.

The hamlets of Tramonti are:

Haven't visited yet? Have questions about Tramonti? Ask them here!

Have a look at our apartment rentals in Amalfi Coast. 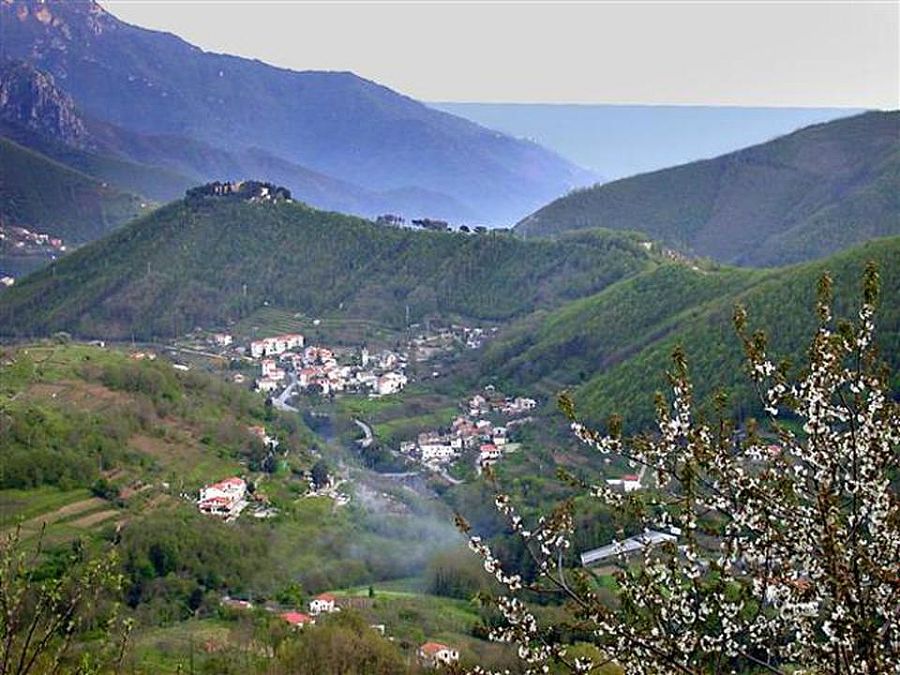 Get a different view of the Amalfi Coast -from high on the hillside of Monte Lattari instead of the sea. 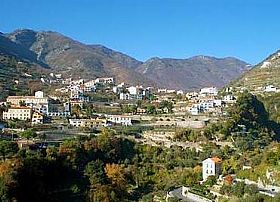 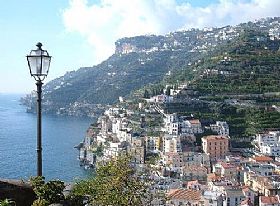