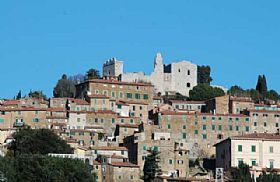 In the hills of the Costa degli Etruschi (Etruscan Coast) is the pretty town of Campiglia Marittima, in Tuscany's unspoiled Maremma region. It is in the Livorno province west of Florence and just inland from the Mediterranean Sea in an area of parks, hills, woods and pastures. The Maremma is often called "the wild west of Tuscany." Campiglia is surrounded by nature parks, including the large Marsiliana park and the local, interesting San Silvestro, a so-called "mineral park" preserve, that holds the ancient history of Etruscan mining in this area many millennia ago. The ancient people extracted minerals and metals from the earth and had a foundry to melt it and utilize it, making the mineral park, which is part nature preserve, part archeology museum and part open-air geology museum, a fascinating place to visit. There are also marble quarries, first used by the Romans, then the Florentines, who used marble from here to build the beautiful cathedral Santa Maria del Fiore in their city.

Campiglia Marittima was first populated by the Etruscans and then the Romans before taking on its current footprint in the Middle Ages. The Romans came here for the area's noted hot springs, which still bubble to the surface offering therapeutic relaxation. Head to the unique Laghetto Termale called Calidario, where the springs form a little lake to soak in. For more spa-oriented treatments, the nearby Terme di Venturina serves up a menu of massage and beauty options along with the hot springs pools and tubs.

The first mention of the town in documents appeared in 1004 referring to the castle and the Gherardaresca family that dominated the zone for years. The castle, Rocca di Campiglia, was a fortified hamlet with watch towers and formidable walls, built to protect the lords' interests in the mineral mines. It's worth visiting to take a trip back in time and see how a self-contained hamlet operated, and for the views of surrounding countryside from its summit. Napoleon took over the area when he dominated Italy, then was exiled on the island of Elba, just off the coast here.

Campiglia Marittima is a pretty old-world town, offering services, close to the beaches of the Etruscan Coast yet close to towns of southern Tuscany and northern Lazio. From Piombino you can catch ferries to Elba. To the north you can reach Volterra, Pisa and Lucca, while to the south are Grosseto, Capalbio and the Argentario coast, with loads of lovely hilltop towns and castles sprinkled in between.

Haven't visited yet? Have questions about Campiglia Marittima? Ask them here! 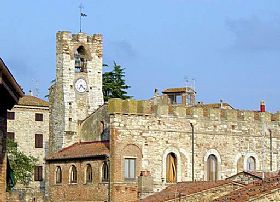 Suvereto may just be the perfect town; it's certainly one of the most charming villages in the Tuscan Maremma. 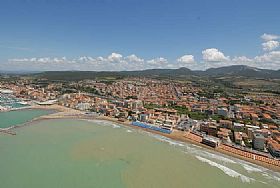 San Vincenzo is on the "Etruscan Coast" of Tuscany, in the area known as the Maremma.