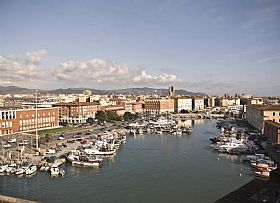 Vibrant, crowded with ships and boats puff, Livorno has plenty of the typical lively elements of a place where there is no space for monotony.

Swarming with 160 thousands citizens, Livorno is one of the main Italian maritime ports, starting point to reach Sardinia, Corsica, Elba, and so on. The city is located along the beautiful Tuscan coast on the limpid Ligurian Sea. Important commercial and tourist call, Livorno has gradually become an industrial pole of development, being renowned for its will to get always better.

Thanks to the Medici family, the city had extended a lot during the XVI century, and even if it got seriously damaged after the bombing of the World War II, the surviving monuments still represent a great cultural heritage. Famous for having being birth place of worldwide known personages like Amedeo Modigliani, Giovanni Fattori and Carlo Azeglio Ciampi, since the first decades of the XX century, Livorno has been a beloved tourist destination, specially thanks to the beach and thermal resorts that won it the nickname of "Montecatini al Mare".

Among the artistic attractions we must mention the symbol of the city: the "Monumento ai Quattro Mori", which is a statue representing Ferdinando I de' Medici, surrounded by pirates in chains, made by Giovanni Bandini e Pietro Tacca, in 1595. However the real heart of the city should be considered the lovely Piazza Grande, overlooked by Palazzo Grande, Duomo and Palazzo Comunale, all of them built after the bombing.

Do not miss Fortezza Nuova and Fortezza Vecchia di Livorno, imposing picturesque monuments. Fortezza Nuova, part of the ancient pentagonal city conceived by Bernardo Buontalenti, rises at the centre of a great water basin, while a small bridge links it to the city. The main entrance is surmounted by the characteristic angular towers. The Fortezza Vecchia rises at the end of the Medicean port and symbolizes the city's oldest history and tradition. Asymmetrically shaped, the Fortezza has three big bastions to make it so imposing and still fascinating.

There is a great number of events and festivals that mark the city's vivacity throughout the year. Some feasts are internationally known, like the famous music competition "Premio Ciampi" set in order to discover new emerging talents and homes worldwide famed artists, too. You might also be interested in the summer sport events lonked to the Trofeo Accademia Navale (Naval Academy Trophy): a very important landmark for all sail lovers. The locals coming from the different "rioni" (quarters) of Livorno challenge themselves during the last Saturday of June and the second Sunday of July.

Livorno is easily reachable from Roma, Firenze, Pisa and Genova.

Haven't visited yet? Have questions about Livorno? Ask them here! 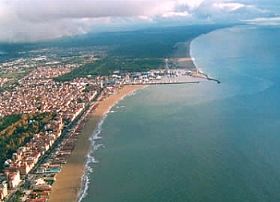 In the middle of the Tuscan coastline, lies Tirrenia. 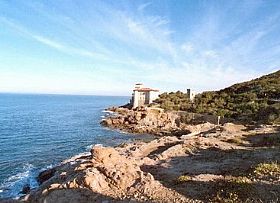 A long time ago, the extreme edges of the Etruscan Empire housed Castiglioncello, whose origins date back indeed between the end of the IV and the beginning of the III century BC. 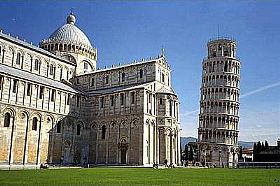 Pisa is renowned town in Tuscany, famous for a certain tower, but is home to many other beautiful things, as well.