Rising like a magical city from the waters, Venice is an other-worldly kind of place, an impossible beauty. History, art, architecture, and the most unusual "streets" in the world combine to make it a unique city that you should visit at least once in your life.

A UNESCO World Heritage Site, Venice was the gateway to the Orient that dominated trading routes with the East and became a mighty Republic. The glorious palaces and opulently decorated churches attest to Venice's wealth and power. Called The Most Serene Republic, or La Serenissima, it was one of Europe's most envied and prosperous cities. There are charming things to see: St. Mark's Church, the fanciful Rialto Bridge, the mix of Gothic, Renaissance and Moorish-influenced palaces that line the Grand Canal. But it is the warren of alleys that you really see Venice; in the time-worn streets with small shops and little piazzas tucked in, with little bridges spanning canals and where you get blissfully lost...this is Venice!

A trip down the Grand Canal in a private boat or on a vaporetto, the public "bus" boats, is obligatory. When the sun shines on the fancy facades of the impressive palaces, it's a breathtaking sight. But when the fog rolls in and mist swirls, it gives the city a mysterious and appealing air, as well. While it may seem "touristy," a gondola ride is also a must. The long, lean boats have been used in Venice for a millennium and are part of the city's gloried history. It's also romantic, and one of those travel expenses and experiences that is worthwhile. (In exchange for the romantic but touristy outing, you can skip the other pricey tourist attraction, Harry's Bar, and enjoy a drink at a local watering hole instead! ;)

With so many centuries of history, there is much to see in Venice. Churches, museums and palaces abound, so you won't have a problem filling your time. Piazza San Marco, the famed "drawing room" of Venice is anchored by the massive but elegant Basilica of San Marco and the heavy fortress-like Gothic Ducal Palace, where the Doges ruled Venice with strong hands. Don't miss the Accademia, with its impressive collection of paintings from the Byzantine, Renaissance and Baroque periods. Other highlights include Santa Maria della Salute, Ca Rezzonico, a once-noble palazzo that was sold to Robert Browning and now houses frescoes and paintings; the Ca' d'Oro, one of the Grand Canal's most distinctive palazzi; and the Gothic church of Santa Maria Gloriosa, with its decorations by Titian, Bellini, and Canova.

There are abundant small trattorias tucked into the back streets, and the Venetian tradition of Spritz with snacks as a pre-dinner aperitivo is still a time-honored tradition. With more than 12 millions visitors a year giving into the charms of this enchanted place, it may seem crowded in the main areas, but venture into the neighborhoods and you'll find some treasures, with traces of ancient splendor and lavishness remaining.

Haven't visited yet? Have questions about Venice? Ask them here! 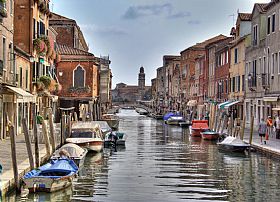 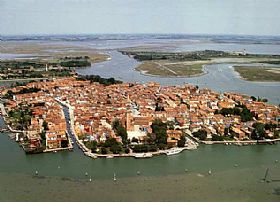