The Ceramics of Vietri sul Mare 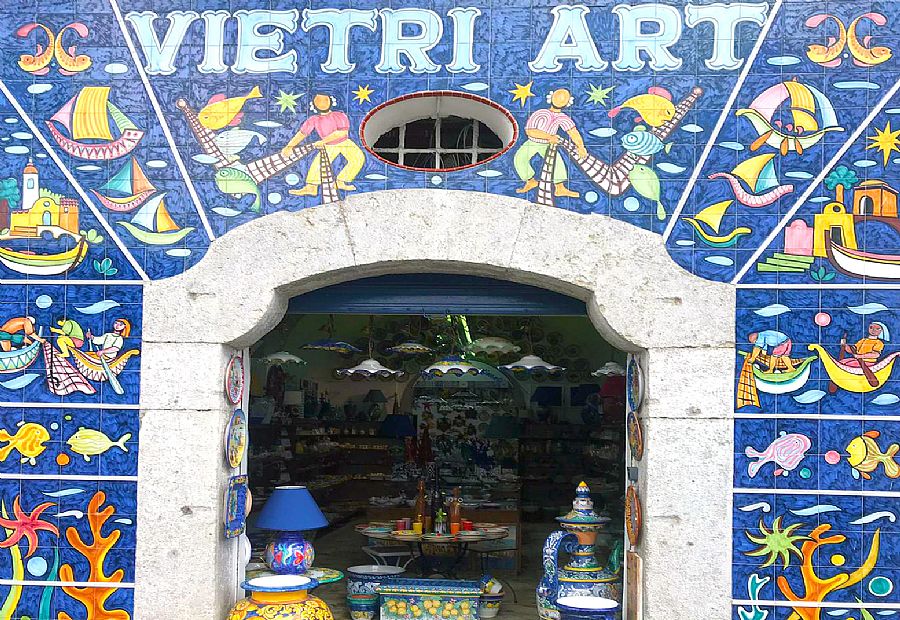 Vietri sul Mare is registered as part of the UNESCO World Heritage program, together with the entire Amalfi Coast. The town has entered a request to have its colorful ceramics heritage included among UNESCO sites, as well. It is one of the pearls of the coast, with a marina below and typical old town center above on the hill. But Vietri sets itself apart with its multi-colored craft - ceramics. It is the center for pottery and ceramics arts in southern Italy.

The trade actually started in the 5th century BC with the Etruscans, but it was re-launched in the 14th century, and really took off here in the Renaissance period thanks to the Sanseverino princes and has remained imbedded in Vietri's very being every since. It was mostly household utilitarian items - plates, bowls, serving platters and the like, and gradually expanded and became more artistic, as well. Back then the town's location allowed it take advantage of the trade routes from Salerno and Amalfi to find markets in the east.

The ceramics are true works of art, still created like they have been for centuries. Most of the colorful ceramics goods you find in Positano and other coastal towns are made here and the excellence of the craftsmen and women is evident. It is a long and arduous process, with the turning of the clay, creating the form, baking it in a kiln, adding a base coat, painting and baking and glazing. The brilliant colors and designs make the ideal souvenirs, though, as they really highlight the soul of the Amalfi Coast!

There are many, many workshops, and walking around Vietri sul Mare is like immersing yourself in a multi-hued kaleidoscope. Be sure to visit the Vietri Ceramics Museum for a more detailed history and immersion into the colorful craft.

Haven't visited yet? Have questions about The Ceramics of Vietri sul Mare? Ask them here!

Ask our staff about self-catering homes in Vietri sul Mare.