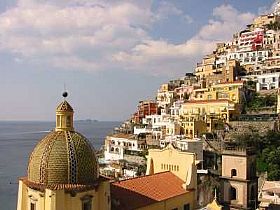 What had been a sleepy fishing village is now a swanky destination popular with the jet set and common travelers alike. Positano is an almost impossible town, clutching the cliffs of Monti Lattari, a pastel-dabbled landscape that scrambles up the hillside from the Mediterranean Sea. It sits above the glittering gulf with views that sweep over the sea to the islands and coastal towns; it is itself a sight to see on its steep perch. Here, the "streets" take the form of passageways among the houses and steep sets of stairs that interlink the alleys. Only one road traverses the town - Viale Pasitea, where shops, cafes, hotels and villas huddle together to take advantage of the vehicular access and "wider" space. Other shops, eateries and coffee bars are tucked away in the lanes that you access by foot.

Positano was originally a Roman settlement where wealthy patricians had seaside villas. Ruins from that epoch are found near the Church of Assunta. It was later the site of a Benedictine abbey dating back to the 9th century, then grew when the people of Paestum fled coastal raids that destroyed their homes and took refuge here on the safer, steeper cliffs. Positano was pillaged by Pisa, sacked by the Saracens and raided by pirates, all lending to a decline. Emigration at the turn of the 20th century left it in a sleepy state, until the construction of the coastal road raised its fortunes and its status, and Positano prospered as a playground of the rich and famous. Literary and artistic types flocked here, and the masses quickly followed, drawn by the scenery, the unusual setting, the charming aspect of the town itself and the nearly constant sunshine.

It is a seductive place. Terraces shore up the buildings and almost every turn offers a visual bounty to enjoy. The most prevalent point of references is the colorful tiled dome of the Church of Santa Maria Assunta, in the smack-middle of town. Everything else tumbles down toward the water from here. The beach at the marina is known as Spiaggia Grande (big beach) because it is one of the Amalfi Coast's largest. This is the central seafront for the town and there are several excellent seafood restaurants just above the beach. A pathway leads over to the Fornillo Beach, a more peaceful place to lay out your beach blanket and enjoy the surf and sun. You can also take a water taxi to one of the many coves and sandy spots that dot the cliffs that are reachable only by boat. Ferries depart the marina to link Positano with other towns along the Amalfi Coast and the islands.

When you tire of the water, you can head to the hills to hamlets like Nocelle and Montepertuso. A bridge near Punta Germano spans a deep crevice and is called Ponte dei Libri (Bridge of Books) because of the unusual strata layers that look like tomes lined up. There are good challenging hikes in these hills for outdoors enthusiasts.

Cuisine is, naturally, centered on seafood but fresh produce plays an important part. Everything is fresh and light, with local white wine to compliment the meals. Lemons are abundant and used in everything from roasted potatoes to gelato to the potent after-dinner liqueur known as "Limoncello". Hand-made pastas and excellent pastries are also produced here and should be sampled.

Positano is an enticing town that enjoys perennial popularity because of its stunning location, stellar views and star power.

Haven't visited yet? Have questions about Positano? Ask them here!

Have a look at our holiday homes in Positano. 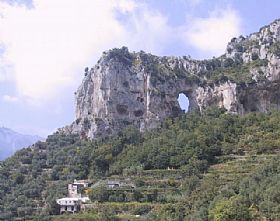 Montepertuso sits above Positano overlooking the sea; it is a place where time seems to stand still. 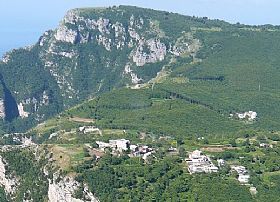 Sitting at 670 meters above sea level, the teensy hamlet of Santa Maria del Castello rests on a spur between the Sorrento and Amalfi coasts, in the cooler air where panoramas are breathtaking. 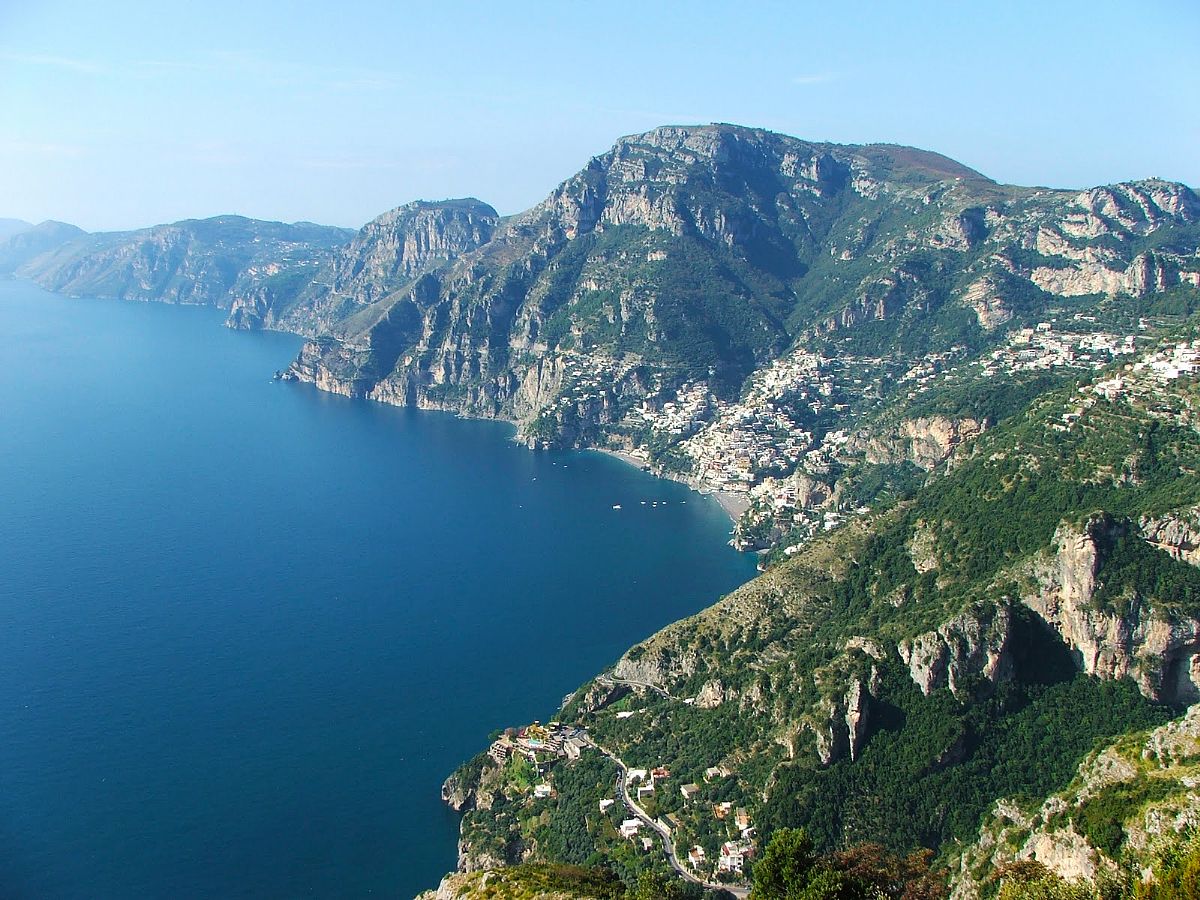 Nocelle is a sleepy ancient hamlet near Positano, where you can enjoy a peaceful stay far away from traffic and noise.