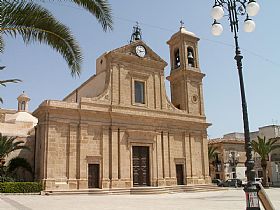 A lovely town located near the sea, Santa Croce Camerina offers a nice atmosphere amidst flowering fields. It sits on the plain at the foot of the Iblei Mountains just a few kilometers from the Sicilian Mediterranean coast. The surrounding area is known for its cultivation of flowers - especially gladiolas, carnations, tulips and roses, along with fruit orchards, vegetable fields, citrus and olive groves. The town itself is a pretty grid of ordered streets outlined with palazzi and sprinkled with piazzas, parks, and fountains.

The ancient city of Kamarina was established in 598 BC by Greeks from Siracusa who came down to start a new settlement. The town eventually rebelled against its homeland of Syracuse, a battle that took 50 years for the city-state to retake its colony. In 258 BC the Romans invaded and razed Kamarina, and the survivors fled to coastal Punta Secca. The oldest district in town is clustered around the old Fonte Paradiso, a classically-styled fountain. Nearby is the "castrum" and sanctuary with its antique fresco of St. Helena and the True Cross, called "santa croce" in Italian, which gave the town its 'modern' name.

While much of the focus of Santa Croce Camerina now goes to its seaside satellite towns, the original settlement still has a lot of charm to offer visitors. Wander the orderly streets and see the various palaces built in different styles - Palazzo Portelli on the main Piazza Vittorio Emanuele near the cathedral, Palazzo Pace, a testimony of the craftsmanship of the town at the turn of the last century, and the Baroque Palazzo Caratello are just a few examples. The Chiesa Madre (main church) is dedicated to San Giovanni Battista; it was built in the 1300s and redone in the 1700s. It has three naves, a copy of Caravaggio's Madonna di Loreto and a statue of the patron saint, St. Joseph. His feast day, March 19, is a major event in Santa Croce Camerina, with banquets of elaborate foods prepared in honor of their protector saint. The Piazza Mercato Vecchio still hosts a weekly market on Thursdays.

There is a unique museum - the Museo del Fumetto (cartoons), a couple of archeological sites in the vicinity, the Parco Archeologico di Caucana, a neighboring Greek settlement, and the remains of ancient Kamerina. Along the coast is a series of fortified towers that provided defense in the Middle Ages. The Mulino Vecchio (old mill) has been restored and is again operational. There are plenty of shops, eateries and cafes to enjoy as you wander around town.

Haven't visited yet? Have questions about Santa Croce Camerina? Ask them here! 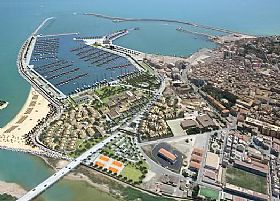 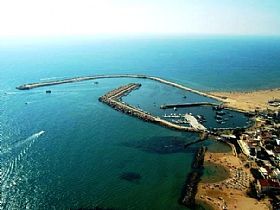 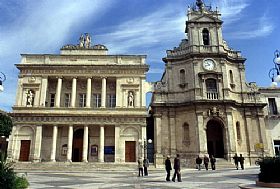