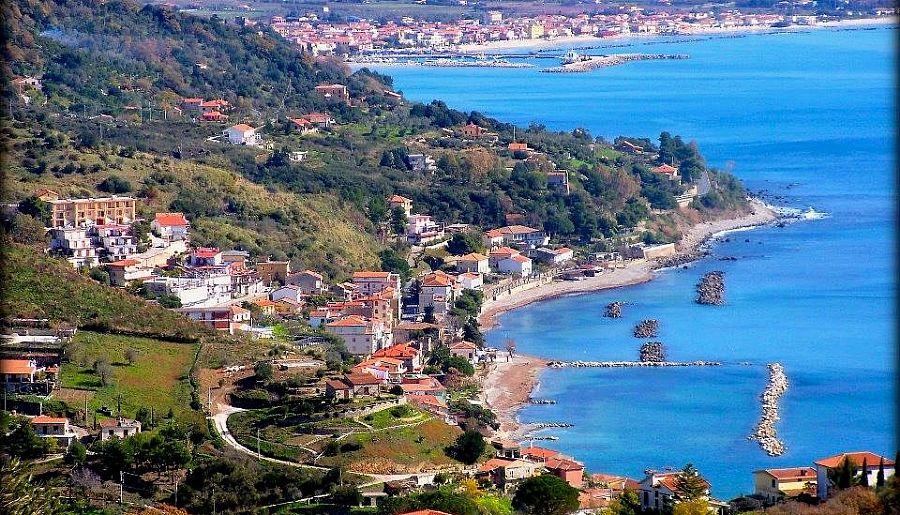 Pioppi is one of those rare seafront towns that retains its old character and peeling charm, without having become a gentrified resort. Its setting is postcard perfect: arching along the bay with a waterfront promenade that hasn't been over-developed or commercialized to hinder the pleasure of the sea, views casting over the hills that surround the bay, and across the water. Here you can breathe in the fresh iodine-laden sea air and swim in perfectly crystalline water. Bliss!

The town is truly a gem for its uncrowded beaches that are right there easily accessible from the village. Pioppi is administratively part of nearby Pollica, but has been a seafaring port town in its right for several millennia. It was founded by the Greeks then populated by Romans, Lombards, Normans and the usual series of feudal lords. It was mentioned by both Pliny and Strabone, ancient historians, and was connected closely to the thriving Greek center of Velia (ancient Elea). The Saracens raided Pioppi and caused enough damage and fear that the inhabitants packed up and moved inland to Pollica and Casal Velino for a time.

In the past century Pioppi gained some notoriety not for its ancient history but its historic diet. When noted American cardiovascular doctor and nutrition researcher Ancel Keys came to town, he studied the area's dietary habits to understand the inhabitants' longevity. He rightly concluded that what you eat impacts your health and spent the rest of his life proclaiming the superiority of the Mediterranean Diet through his lectures and books. Keys himself was the pioneer of nutrition who formulated the now-famous "K-rations" for the US military (the "K" stood for Keys!). He lived the rest of the life in Pioppi, where he passed away in 2004 at the age of 100!

The beachfront castle was built in 18th century, now home to a pair of museums. Pioppi offers a nice laid-back atmosphere for a relaxing vacation, where you can enjoy good food, good wine, great beaches, and nice walks. The waterfront promenade is picturesque, and there are plenty of trails in the hills to enjoy longer treks. The ancient city of Velia is close by, and it's not a long jaunt to Paestum. There are pretty, practically-unknown towns around the area, such as Pisciotta, Acciaroli, and a stunning coastline to explore, too. Watersports and summer festivities keep things active during the high season months.

Haven't visited yet? Have questions about Pioppi? Ask them here! 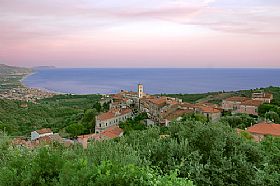 Casal Velino is an historic village above the Mediterranean Sea along the beautiful Cilento Coast. 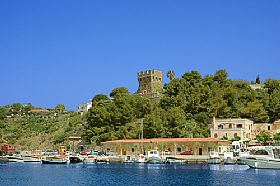 Marina di Casal Velino lies on the coastal plain of Alento, in the wide Gulf of Velia, below the mountain peaks Stella and Gelbison. 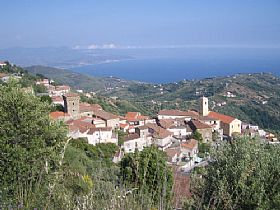