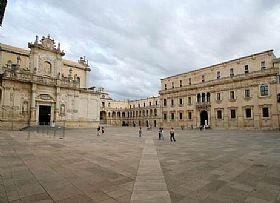 Lecce is a city that will surprise you. It's a cosmopolitan town extravagantly outfitted in Baroque splendor. The local stone is a pliable one, so the milky-hued buildings are lavishly festooned with intricately carved designs, giving the city a unique aspect. The Puglian version of Baroque is so exuberant that the overall effect is light-hearted and happy. You just can't dislike Lecce!

Its ancient origins date back so many millennia that they're lost in the mists of time and legend, but it's certain that the area was first occupied by the Messapi people. Later came a cultural blending of Greeks and Dalmatians, before being conquered by the Roman Empire and the famous Appian Way. Testimony of Roman presence is still seen in the ruins of two amphitheaters here. The town was sacked by the Byzantines in 549; that, and the arrival of Orthodox monks in the 8th and 9th centuries, imparted Eastern influences into the civic scene. Lecce was incorporated into the Kingdom of the Two Sicilies under Charles V. It boomed and became the principle city of Puglia.

Its palazzi, piazzas and churches scattered among the lovely streets make Lecce a harmonious and attractive town. It's a cosmospolitan city that looks like a theater stage with its lavish Baroque design permeating the entire historic center. There is a bustling life and vibrant scene here, with upscale boutiques, nice shopping streets, and an abuandance of good restaurants and cafes to enjoy. People gather in the piazzas into the wee hours.

Don't miss the Roman ruins, palm trees and palaces in Piazza Vittorio Emanuele. The Castello di Carlo V is a heavily fortified stronghold that measures one kilometer in diameter, built to defend the city. The Basilica of Santa Croce is an opulent Benedictine church that took one hundred years to complete. The result is a decorative display of allegory and symbolism with all the trappings of Baroque but in a wildly festive style. The interior is breathtaking. The Church of San Matteo borrows from Borromini's famous Roman Baroque church of San Carlo alle Quattro Fontane with its complex concave and convex curvatures. Piazza del Duomo is a splendid space, enclosed among buildings and set off for dramatic effect. It maintains an intimate feel and was used for theatrical productions. The fancy front of the Cathedral and the arched loggia of the Palazzo Vescovile give the piazza a truly lavish look. Piazza Sant"Oronzo is home to the remains of an enormous Roman amphitheatre that once seated 25,000 spectators. The Museo Provinciale houses 10,000 years of Puglian history under one roof.

Stroll down Via Palmieri to see plenty of palazzi - the street is lined with former aristocratic residences. For shopping, start in Piazza Mazzini and walk along the streets that radiate off it. You'll find lots of boutiques along with stores that sell artisan goods and local food specialties.

Lecce is vibrant with lots going on. The city throws an all-night party called the Notte Bianca every April, with museums, exhibits, and entertainment lasting until dawn. In May, they host the Cortili Aperti event, a chance to see inside the hidden courtyards and gardens scattered throughout town. And the patron saint's festival of Sant'Oronzo is a big-deal party every August 24-26.

Lecce really should be on your southern Italy destination list. Because of its beautiful, cohesive architecture, it is often referred to as "the Florence of the south." Locals, however, will say that Lecce has a longer history and therefore perhaps Florence "is the Lecce is of the north!"

Haven't visited yet? Have questions about Lecce? Ask them here! 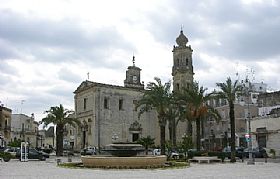 With an ideal location just a few miles from the gorgeous Baroque city of Lecce, Lizzanello is a small town respite in reach of the Salento's best attractions. 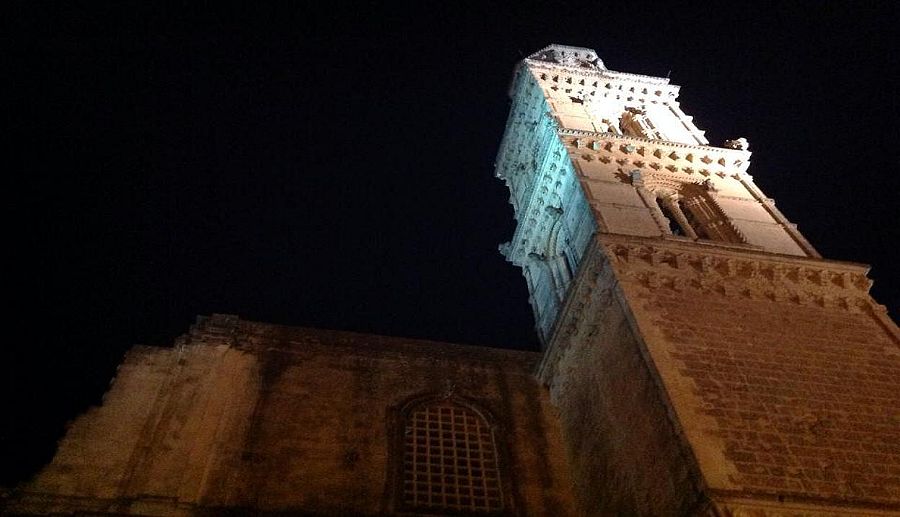 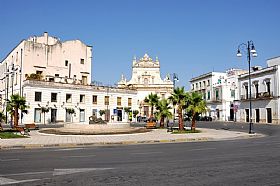