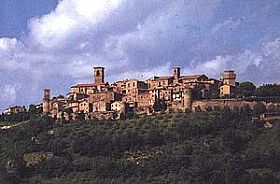 Collepepe is a delightful medieval district situated on top of a hill at 251 metres above the sea level. District of Collazzone, nearby Perugia, it counts 917 inhabitants (accordingly to the last census returns) and is the most populated village within its municipal territory.

This lovely place overlooks the Tiberine Valley, while most of its houses are situated on the plain, touching lightly the river Tevere.

The village is crossed by the highway E45, but is reachable even from Foligno or Spoleto, thanks to "Strada del Puglia" the torrent that splices Collepepe to the town of Bastardo.

Monuments and places of cultural interest:

Haven't visited yet? Have questions about Collepepe? Ask them here! 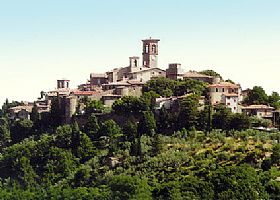 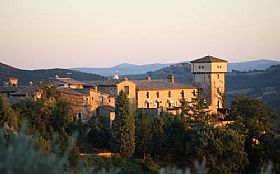 Canalicchio is a magical antique castle-town in Umbria. 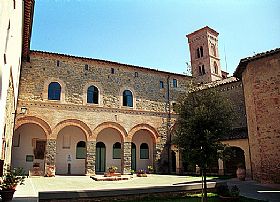 The pretty stone hill town of Deruta lies in the central heart of Umbria, between Rome and Florence.