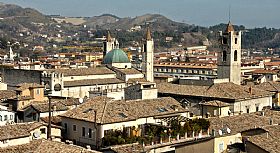 Settled into the valley between two rivers and below hills and mountains, Ascoli Piceno is a delightful city at the Marche and Abruzzo border. It enjoys a beautiful setting between mountains and sea, offering the best of both worlds to visitors. But the city itself is the star attraction - dressed in travertine, it is a jewel just waiting to be explored.

Settled by the Picene people, there is ancient history here. The city was truly founded by the Romans and their original urban plan can still be seen, and so can their remains, which are viewable in basements all over Ascoli. Go down into the crypt of the cathedral in Piazza Arringo, or below Palazzo dei Capitani in Piazza del Popolo for views of the old Roman monuments. Several stores on both piazzas have glass floors to give glimpses to the ruins below, too. The Piazza Arringo was built over the Roman forum and still holds the same position (religious, civic and commercial hub) - with the cathedral, the town hall, and shops still centered here. The art gallery in the palazzo comunale is definitely worth a trip. Ascoli became home to prolific Venetian artist, Carlo Crivelli, and his works are on display in the museum as well as in the cathedral. Grab a gelato from the piazza and stroll into the park-like courtyard of the palazzo to enjoy the tranquility.

Ascoli Piceno developed into a great city during the Middle Ages, so the meandering streets of the historic center are great to wander to see the change in urban development from Roman to Medieval styles. The city's skyline bristles with towers, earning it the name "City of a Hundred Towers". At its peak, Ascoli had about 200 of the stolid medieval structures, but most were born down, cut down or incorporated into other buildings by order of Frederick II, the Holy Roman Emperor, who didn't like their flagrant power-play. The biggest concentration can be seen by crossing the Roman bridge to Porta Solesta' and gazing back toward the historic center to view their skyline.

Ascoli is a surprisingly elegant city, with an lavishly decorated theater, a lively historic center that is fully enjoyed by its people, lots of gorgeous monuments, churches, and buildings, and two splendid piazzas. Come out in the evening to partake of the passeggiata, when everyone strolls around before or after dinner. Stop into the visitors office in Piazza Arringo for a map and an English booklet on the city to catch the many highlights. Some of the spots you shouldn't miss include the Porta Romana, a double gate that led into the city on the "Rome" side. The important Via Salaria passed through here from Rome to the Adriatic Coast to collect salt, once an important currency. The gateway holds both the Roman and medieval "doors" to the city. Just inside, you'll see the ancient theater. Up on the hill is the Fortezza that once watched out for invaders. The monastery and church up on the hill are now part of the architectural university.

The oldest church is San Gregorio, once a temple dedicated to Vestas, the columns are still visible. It also holds the oldest known image of St. Francis, painted on a wall not long after the saint came through this area. The cathedral dedicated to Saint Emidio is a stunning structure, with lofty heights and a chapel that holds Crivelli's triptych, which has been used as a medieval style guide to recreate the era's costumes, so exact where his details when he painted them. Santa Maria Inter Vineas is a delightful chapel, if it's open, set above the Tronto River. The church of San Vincenzo and Anastasio is an unusual example of Romanesque, with squared "frames" on the facade that were once filled with frescoes (only a tiny fragment remains in the lower corner now). The church of San Francesco sits as an anchor to Piazza del Popolo, its towers and loggia forming part of the piazza's ambiance. Around the other side is the former cloister, home to the daily vegetable market and fish market. The "organ pipes" outside the main doors can be "played" - hit them and they sound a tune.

Another unusual feature of Ascoli's medieval era was the penchant for putting inscriptions above the doors. As you walk around town, look for these sayings carved on the stone portals.

Ascoli Piceno is a great place to absorb the atmosphere and energy of Marche/Abruzzo life. There are loads of shops, cafes and restaurants and a sense of life here that you'll enjoy. Be sure to taste the region's specialties - olive all'ascolana are giant olives stuffed with meat and fried (but while the cart on Piazza Arringo is easy, they serve industrially-produced olives, not the real homemade version!). Wines are spectacular, too - taste the whites, Pecorino or Passerina, or the hearty red Rosso Piceno.

Haven't visited yet? Have questions about Ascoli Piceno? Ask them here!

Ask our staff about self-catering homes in Marche. 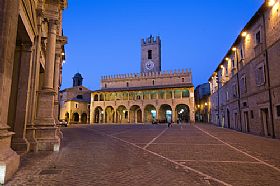 Offida sits on a hill in southern Le Marche preserving its Old World charm within its ancient brick walls. 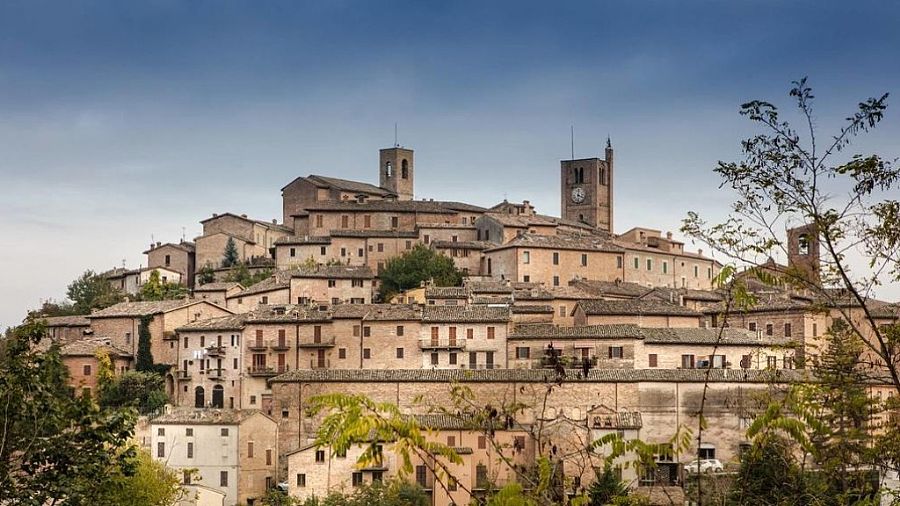