San Pietro in Casale sits on the fertile agricultural plains that stretch between Bologna and Ferrara, in Emilia Romagna. The city retains its rural character despite having modern shopping centers and housing. There was a substantial Roman presence here, as evidenced by the vast number of vases, inscriptions and sarcophagi that were found in the area.

In the Middle Ages it was under the lords of Modena. The name, San Pietro in Casale, was bestowed in 1223 by Bologna when it became a primary military outpost for that city-state, and from then on, the towns fortunes rose and fell with Bologna. There are patrician villas scattered around the countryside as evidence of its prosperous periods. The lovely Villa Padoa houses the town hall and is set in a park. Casa Frabboni is a museum with paintings and rotating special exhibits.

San Pietro in Casale is half-way between the splendid art cities Bologna and Ferrara. It is also in reach of Modena, Padova, Ravenna and Faenza for interesting day trips throughout the region.

Haven't visited yet? Have questions about San Pietro in Casale? Ask them here! 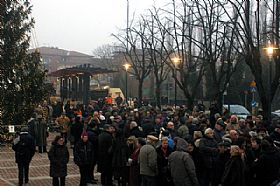 Just a few miles outside Bologna, Castenaso is a quiet town set in the countryside. 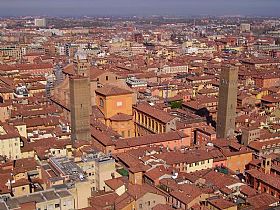 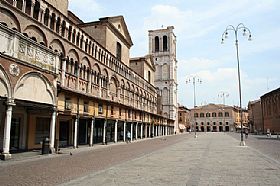