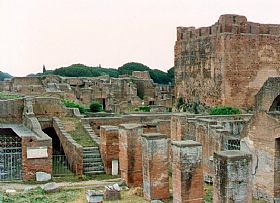 The archeological site represents one of the best examples of Roman cities in the world! A visit to the excavations is particularly interesting because of the number of findings able to “explain” many aspects of the everyday life of the time: temples, thermal baths, seigniorial houses and buildings, as well as depositories, taverns and shops.

According to the legend, Anco Marzio (fourth king of Rome) founded the city in the VII century BC; however the archeological findings had allowed to date the first nucleus – consisting of a “castrum”, a fortified city – back to the IV century BC.

During the II century BC the castrum started to turn into a proper city. Imposing boundary walls were erected in order to protect the population and guarantee a greater development.  As a consequence, the look of Ostia got better and better.  The forum was born along with the Capitolium (a grand temple in honour of Jove, Juno and Minerva); the trade of the city increased and the horrea (huge  warehouses), too. The forum homes the basilica, the curia and the thermal baths; Augustus set up the theatre. The use of bricks made simpler building the so-called “insulae” (palace), multiple floors buildings, which were projected in accordance to a real town-planning scheme, and composed the city-s quarters.

Ostia was a cosmopolitan place, where to meet people of different races, languages and cultures. The temples dedicated to local divinities like the Persian Mitra, Cibele from Frigia, and the Egyptian Iside, as well as the synagogue recently discovered, witness all its cosmopolitanism.

Claudio built the real port of Ostia in 42 AD, nearby the current Fiumicino airport, later on enlarged by Traiano. It was a clearing station of goods to Rome and grew in terms of richness and prestigious. When the empire fell and started the barbaric invasions, Ostia declined too: the city was abandoned little by little and its imposing ruins were buried.

In the IX century AD,  Pope Gregorio IV decided to build up a village here, called Gregoriopoli. The cylindrical tower and the gorgeous castle of Giulio II (XV century, one of the first examples of modern military architecture) were built there, but the traces of Ostia Antica got lost.

The excavations started at the beginning of the XIX century and are still on, even if it has been done a lot to let the tourists admire the ancient splendour.

Haven't visited yet? Have questions about Ostia Antica? Ask them here! 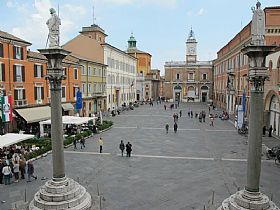 Ravenna is Emilia Romagna's grand art city, a place of history and culture that embraces its glorious past while offering modern diversions, as well. 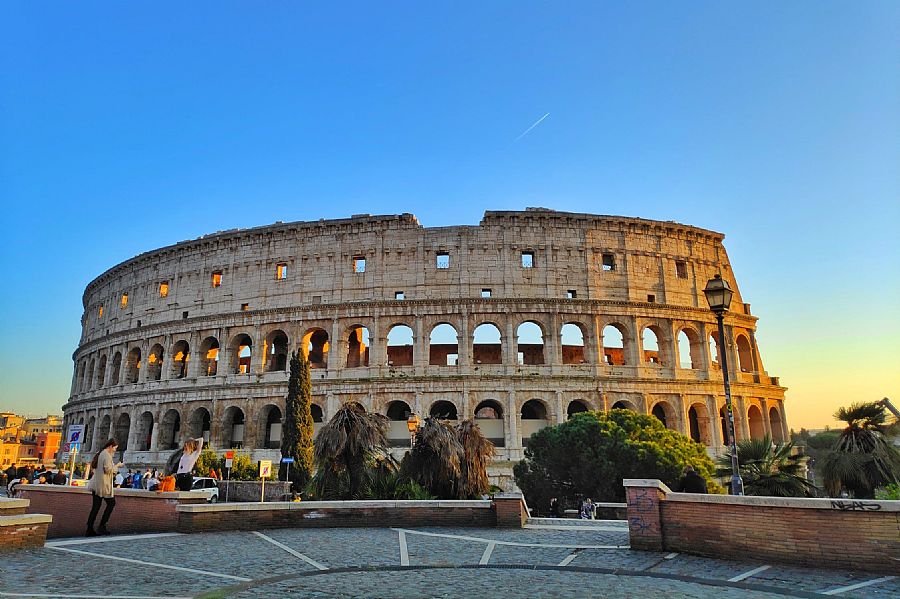 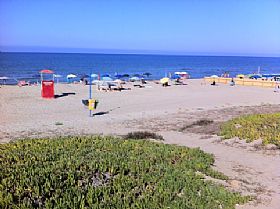