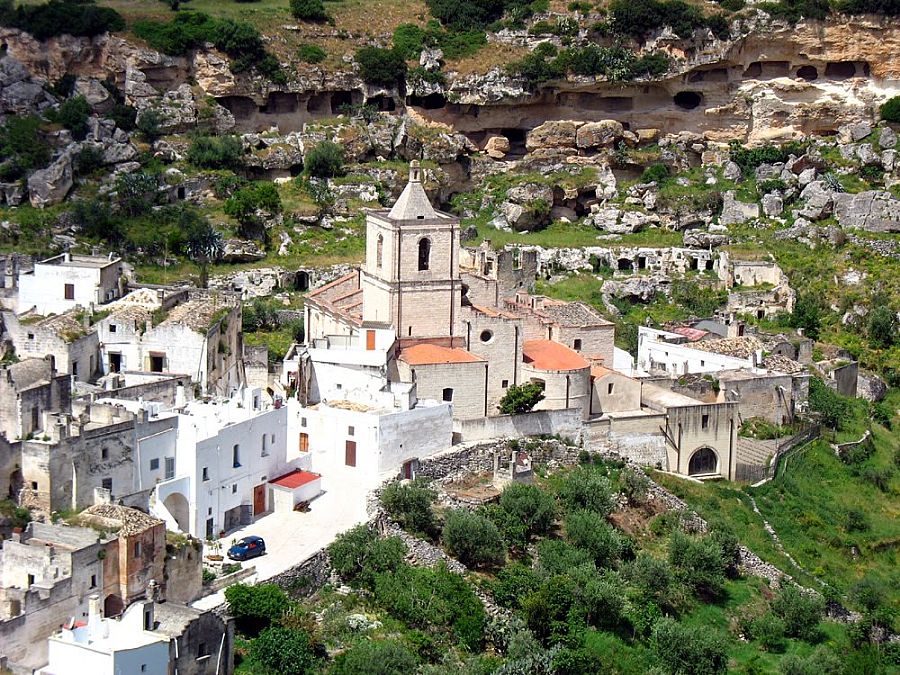 In the Puglia plains known as the "murgia" Ginosa sits on a rocky ledge with ravines cutting through the landscape. The ancient city of Genusium was established here as an important Greek center between Taranto and Metaponto in the grand era of Magna Grecia. Greek influences are clearly felt, even today.

Excavations revealed that GInosa had a human presence even in the Bronze Age but it was the arrival of the Greeks that brought it into a real trading center. In 1085 it became part of the Contea of Lecce. The city was fortified by Manfred, son of Frederick II. It was passed among various rulers and feudal lords for centuries, being the domain of noble families like the Sanseverini, the Orsini and the Doria. It was the Doria who changed the castle's defensive face to a palazzo.

The Piazza Orologio is so-named for the clock tower that stands as its focal point. The surrounding ravines are fascinating to explore; they are sprinkled with cave churches. The little lake, Lago Salinella, at the mouth of the Bradano River, is a haven for migratory birds.

Ginosa lies where Puglia meets Basilicata; its territory extends over a large swath of land and includes the frazione of Ginosa Marina, a popular seaside resort with wide and uncrowded soft sandy beaches on the shore of the Ionian Sea.

Haven't visited yet? Have questions about Ginosa? Ask them here! 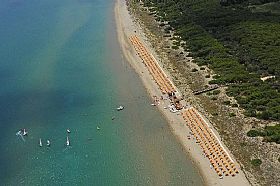 The beach town of Ginosa Marina strings along the Ionian Coast with miles of wide-open beach. 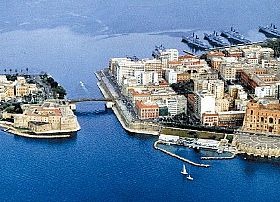 The city of Taranto sits on the sea and retains relics of its rich and glorious past as a maritime power.