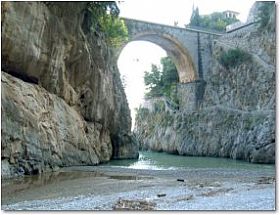 Following the hairpin curves of the road cut along the coast between Amalfi and Positano, it's easy to miss Furore, but you should be on the look-out for it and stop. Called "the town that isn't", this charming place is composed of two parts- one on the sea, the other on the mountain.

It is a "non town" because it has no center or main piazza. Instead, it is a scattered collection of houses sprinkled across the rocky cliffs. The hamlet of Fiordo is situated at the foot of the cliff down by the sea, along the SS 163 (national road) between Amalfi and Positano. A mountain pass built during the Republic of Amalfi is the only connection between sea and mountain. Here you will walk through tiny alleys and narrow plots of land miraculously terraced away onto the mountain and cultivated with lots of love.

This small coastal territory, lacking in cultivable lands and scarcely populated, was a land of tenacity, built up by exiles from Amalfi in search of safety. There was an impenetrable fortress that resisted Saracen raids. The first inhabitants became able fishermen, artisans and farmers. Some say they were forced from Amalfi as refugees, others say they left and sought refuge here. Either way, it's a fascinating place that is a "neverland" outside of time and place.

Furore may get its name from the fury of the sea during stormy nights, when the waves crash onto the craggy rocks of the canyon creating a frightening roar. Or it may come from the sheer rock canyon itself, which is a fjord, so Furore could be a derivative of "fiordo". Gradually the locals began to dedicate themselves to fishing, milk pasteurising and craft industry, as evidenced from the old water mills scattered along the fjord's stream. Olive trees, grapevines on terraces scramble up the mountainside, with bowers of bright yellow lemons, red roofs and colourful majolica tiles of the notable bell-tower, the entire scene scented with flowers and highlighted by the deeply blue transparent sea- you will remember this for the rest of your life!

Fiordo has always been a natural port that allowed flourishing commercial traffics. The Fjord of Furore is a unique, natural shelter bursting with natural beauty. Inside it, the opposing faces of the great valley unveils many interesting walks, most notably:

From the coast road you can walk down 200 steps to a hidden beach, or you can climb the steps up to the "non town". There are a few sights in Furore, including the Eco Museum, dedicated to the pre-industrial crafts and agriculture of the area, which includes displays on the paper making, an herb garden, and local liqueurs and artisan products. It is on Via Anna Magnani, an Italian actress who came to live here at the Villa Della Storta, a love nest hideaway she shared with Roberto Rossellini, where a museum is dedicated to the pair of famous actors.

Haven't visited yet? Have questions about Furore? Ask them here!

Enjoy the comfort of a vacation home in Furore. 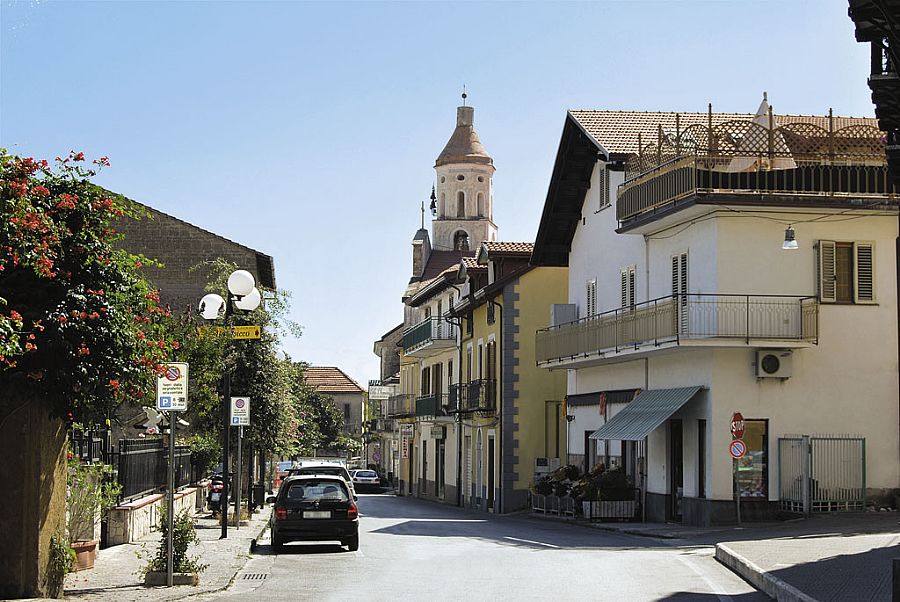 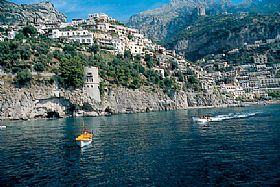 Conca dei Marini is a pearl on the Amalfi Coast amongst scented lemon orchards and flamboyant flowers. 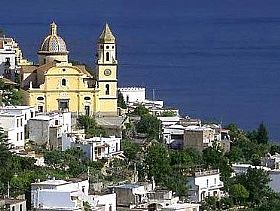