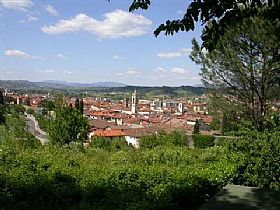 Let yourself be rocked by the natural beauty of Figline e Incisa Valdarno, two enchanting villages next to each other that rest at the foot of Mount Chianti, near Florence. Once two separate towns, they banded together into one. This charming town, situated at 126 metres above the sea level, boasts the presence of ancient fossils dated at the Pleistocene Era. During the stone age, the area of Valdarno was already populated, as displayed in the extremely rich collection of tools and flints found nearby Soffena, San Giovenale, Cascia and Cancelli.

But it's not all ancient history here. Figline e Incisa Valdarno's history as a settlement starts around the year 1008; there is a document that attests the existence of the stronghold of “Fegghine”, belonging to the rich feudal family of Uberti. One hundred years later, some locals founded the “forum” of Figline, a commercial outpost taking advantage of the proximity of the Arno River, where people built houses and warehouses. After the destruction of Fiesole at the hand of Florence, Figline increased more and more in strategic and economic importance. The town grew with the pro-imperial Ghibellines, during the long contested fighting among free Tuscan communes, and for that reason it was burned to the ground by the Florentines in 1250. Between 1353 and 1375, Figline was fortified and became the ideal hideout for refugees coming from the ancient feudal castles barricaded and pulled down by Florence.

In 1800, Napoleon founded the Kingdom of Etruria in Tuscany and chose Figline as seat of “Accademia Valdarnese del Poggio” a center of naturalism collecting and exhibiting many fossils collections uncoveredin the area of Valdarno. In that period the village was even frequented by Georges Cuvier, one of the founders of paleontology. The fossils have been later moved to Montevarchi, whose museum still preserves them.

There is a railway station in Incisa. Figline has pastel buildings, pretty brick lanes, an an old world appeal.

Figline e Incisa Valdarno is a small town but still offers a lovely atmosphere and an appreciable range of nice tourist attractions, like:

Haven't visited yet? Have questions about Figline e Incisa Valdarno? Ask them here!

Enjoy the comfort of a vacation home in Figline e Incisa Valdarno. 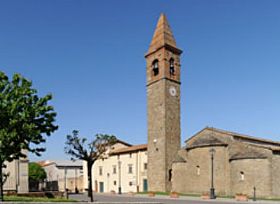 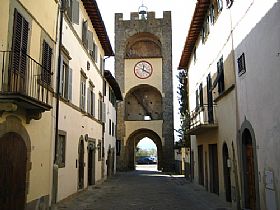 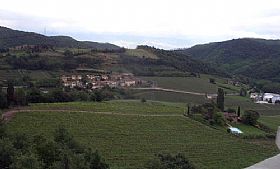