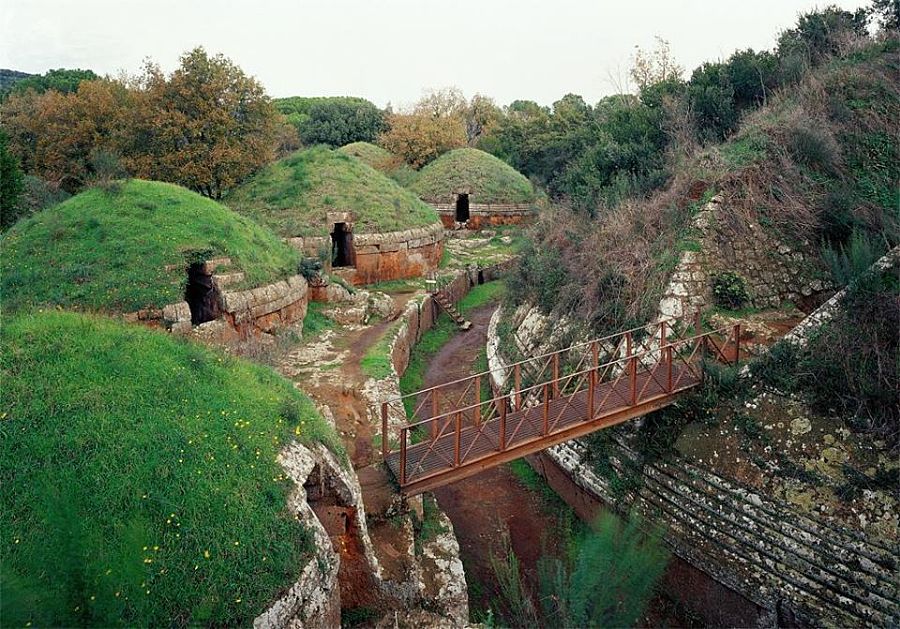 Much of what the scholars know of the Etruscan culture comes not from their lives but from their deaths, specifically the necropolises that the Etruscans built for their burial rituals. The two most significant are in northern Lazio region, and are in essence "cities of the dead" built with astonishing detail and care; they are cemeteries with an "urban landscape". Cerveteri and Tarquinia afford an intriguing insight into the Etruscan culture, oddly enough, by studying their tombs.

The UNESCO inclusion highlights the urban-type of civilization that the pre-Roman Etruscan culture organized. The frescoes in the necropolises brought to light scenes of daily Etruscan life, giving valuable insight into the vanished civilization. They are more than cemeteries, but planned "communities" that utilized intricate town planning formats.

Tarquinia has more than 6,000 graves and 200 painted tombs from the 7th century BC; Cerveteri is a "tomb city" with streets, squares and "neighborhoods" that include domed structures and other architectural features. Both sites have buildings that no longer exist anywhere, adding to the intrigue and allure.

Together, these locations represent some of the more under-visited UNESCO World Heritage Sites, surprisingly uncroweded, despite their close proximity to Rome.

Haven't visited yet? Have questions about Etruscan Necropolises UNESCO Site? Ask them here!