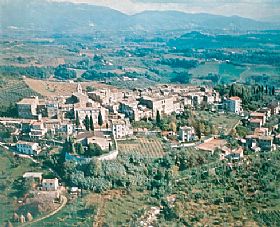 According to the legend, the origin of Collevecchio dates back to 1253, when a brief signed by Pope Innocent IV authorized the inhabitants of the marshy and infertile area of Muziano to move towards the healthier higher grounds. However, when the order was written, Collevecchio - in Latin called 'Colavetus' - already existed, as witnessed by many local documents that show they paid taxes to the Holy See.

The castle was the feudal domain of the Orsini, one of the oldest and longest-standing noble Roman families, from 1368 to the death of Valerio Orsini in 1594. The presence of this influential family is shown in the coat of arms which was placed on both "Palazzo Apostolico", facing the main square, and the main church's façade.

In 1605, under provisions of Pope Paul V (1605 – 1621), Collevecchio fell under the government of Sabina. This happened after a slow process of urban and cultural enrichment of the village, thanks to some illustrious citizens, like Blosio Palladio (humanist and outstanding figure in the literary field), who was personal secretary of five Popes and had a close relationship with the Medici of Florence. In addition, Collevecchio, thanks to this long-lasting relationship with the Holy See, hosted important people, especially for the management of the Papal Chamber. The village gradually adorned itself with new buildings and the ancient medieval configuration was substituted by a Renaissance one, that still marks the old town centre.

Collevecchio has plenty of sacred and civic buildings, churches and works of art. If you are an art lover, you will not be disappointed by the offerings in these churches:

Haven't visited yet? Have questions about Collevecchio? Ask them here! 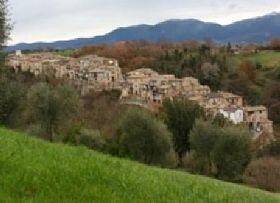 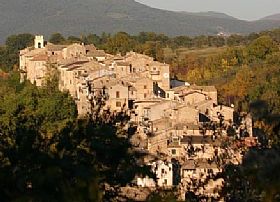 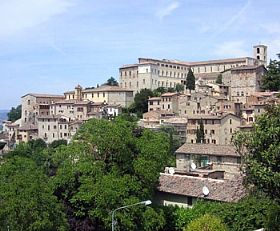 The hilltop town of Magliano Sabina sits in amidst a beautiful valley.