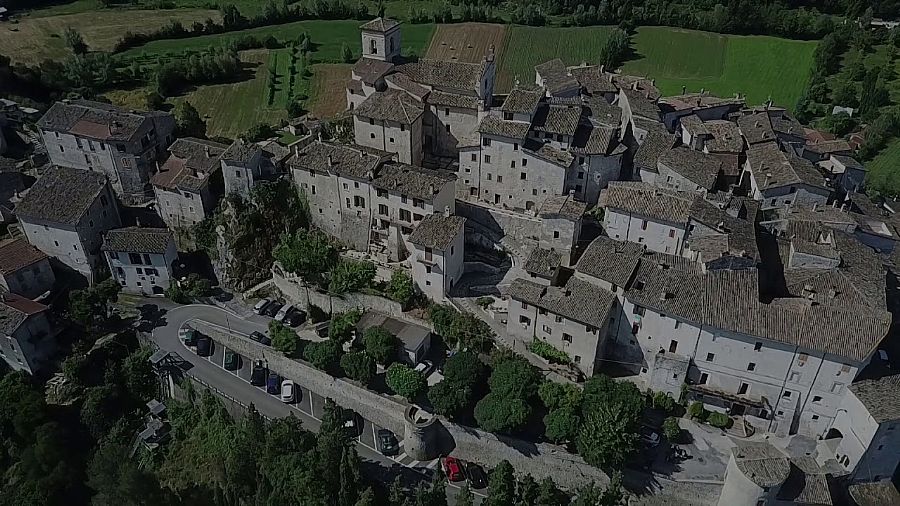 Casteldilago is a hamlet on a hill near Torreorsina and ten kilometers from Terni, at 326 meters above sea level. It was a strategic fortification for the defense of the Valnerina, built on a rocky uprising that overlooked the valley of the Nera River. It also dominated over the ancient Roman crossroads that passed by - the Via Flaminia, Via Salaria and Via Curia, that connected Rieti and Terni with Spoleto.

The first record of it dates to 1033 in a registry of the Abbey of Farfa, when it was part of the Diocese of Narni. As a town, was a Lombard expansion from Spoleto and was taken by Frederick II in 1241. In 1302 it went back under Spoleto's control and was ping-ponged among various rulers of Terni and the Duchy of Spoleto.Following the unification of Italy, Casteldilago was given its own town status, but in 1875 was placed under the Comune of Arrone.

Not much remains of the ancient castle, just rocks and ruins. But much more well-preserved is the Medieval hamlet. Walk up, up, up through town amond the narrow lanes, archways, and stair-stepped passages to see the compact Medieval street plan hewn of rock. Worth visiting in the Ceramics Museum. Another intriguing thing is the building of the first Reformed Catholic Church in Italy, from the 18th century by Count Enrico Campello. Outside town is the Church of San Nicola.

Nearby, the old water mill from the 16th century that has been transformed into a private home. The Eremo of the Madonna of the Rocks hermitage is interesting, as well.

The area is best known for the Marmore Falls, a dramatic and historic man-made waterfalls, and the lake of Piediluco.

Haven't visited yet? Have questions about Casteldilago? Ask them here!