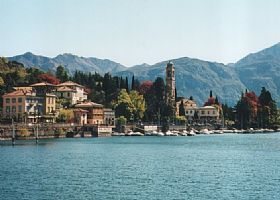 Tremezzo is one of the most popular tourist attractions of Lake Como, situated on the western shore of Lario, just in front of Bellagio, with a stunning view of the central basin and the Grigne.

Since 1947, the village, along with Lenno and Mezzegra, has become part of a unique commune, known as Tremezzina. The marvellous villas and huge hotels built from the XVIII to the XIX century, have made Tremezzo an international tourism landmark.

In the area of Rogaro you will be able to admire a fantastic ancient tower, remain of the old medieval fortresses. This small beguiling peace of land extends from the lake shores to the hilly background, at the foot of Mount Crocione. Tremezzo does have two souls, coastal and hilly, both greatly beautiful and suggestive, offering the opportunity to choose different interesting journeys.

Once there, do not miss the typical excursion to Mount Crocione: you will go up to the mountain through a carriage road until Intignano, that continues up to a muletrack for about 3 hours.

Something really involving is the visit to:

Haven't visited yet? Have questions about Tremezzo? Ask them here! 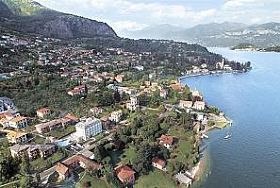 Mezzegra, along with Bellagio and Varenna, contributes to the breathtaking beauty of one of the most renowned Italian landscapes - Lake Como. 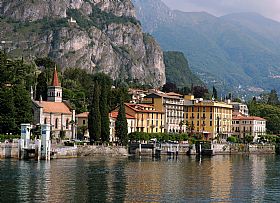 Cadenabbia is the lakeside hamlet that is part of the town of Griante facing lake Como. 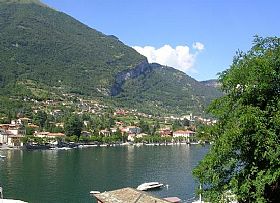 The western branch of Lake Como, 27 Km north of Como, holds the village of Lenno.