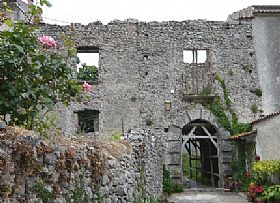 Tortorella is a pretty village perched up the steep hillside from the Gulf of Policastro, in the Cilento National Park. It has a fanciful name - "turtledove." Along with namesake birds, you'll find partridges, jays and other avian inhabitants, as well as hill-country wildlife. The area is wild and unspoiled with rugged hills, steep valleys, and narrow gorges.

It was the feudal seat of the Sansevero family and became a favored country retreat for refined society, as seen in the various palaces built by the noble families. Tortorella retains its medieval gateway and parts of its encircling protective walls, that helped ward off attacks by marauders.

The church of San Vito, just outside the village, is fronted by a pleasant piazza that is a favored meeting spot among locals.

Tortorella returns to the Middle Ages with a unique costume festival that re-enacts the aristocratic marriage of the Neapolitan noble, Marchese Battista Carafa to Baronessa Vittoria Alderisio in 1600. Participants in epoch garments parade through the streets and piazzas. The lavish affair is capped off with food and music.

Haven't visited yet? Have questions about Tortorella? Ask them here! 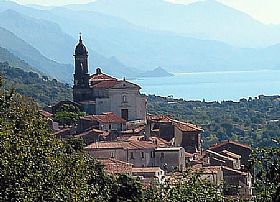 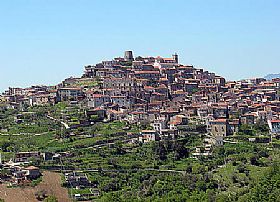 Caselle in Pittari is a cozy hill town in the heart of the Cilento National Park. 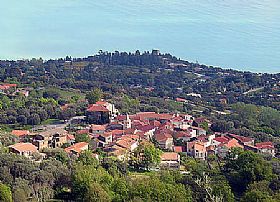