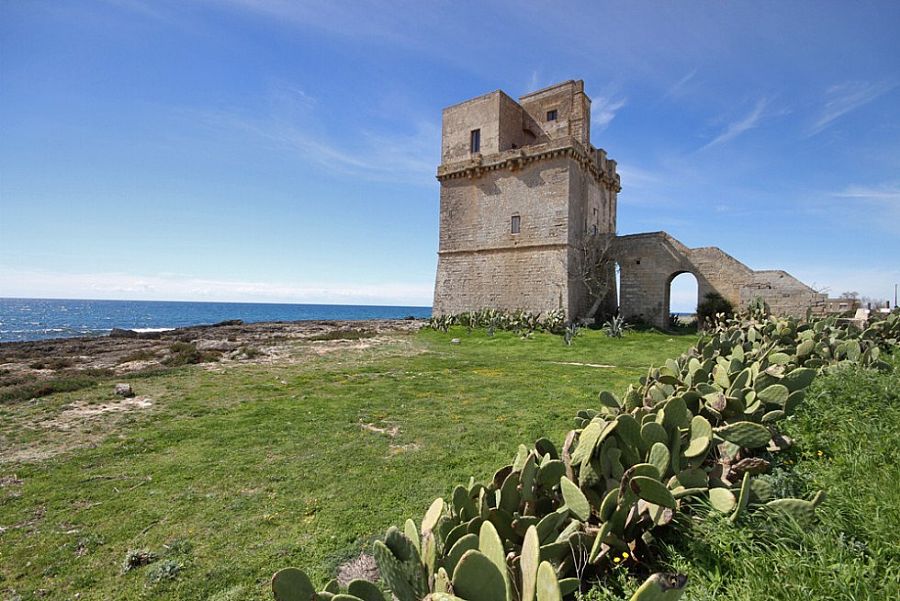 Along the Salento Coast of Puglia, the village of Torre Colimena offers a seaside experience without the usual beachfront kitsch or miles of cement holiday structures. The tower was built by Spanish king Carlo V, who ruled the Kingdom of Naples, and wanted to defend the Puglia coast following an invasion at Otranto by the Turks. The tower of Colimena is one in a series of towers that could communicate with each other along the Salento coast, started in 1480 and completed in 1568.

Today, the tower still guards the waterfront, standing as a dramatic backdrop for sunbathers and swimmers. It has more flair than most, with more architecturally interesting details on it. The coast is partly made up of low reef and sandy beaches. It is part of a nature preserve where you'll see pink flamingoes, ducks, and falcons. There are coastal dunes and a salt flat, where sea salt was harvested for centuries. Walk the paths to the beaches to enjoy a more natural setting, free of development and overwhelming crowds.

Haven't visited yet? Have questions about Torre Colimena? Ask them here!