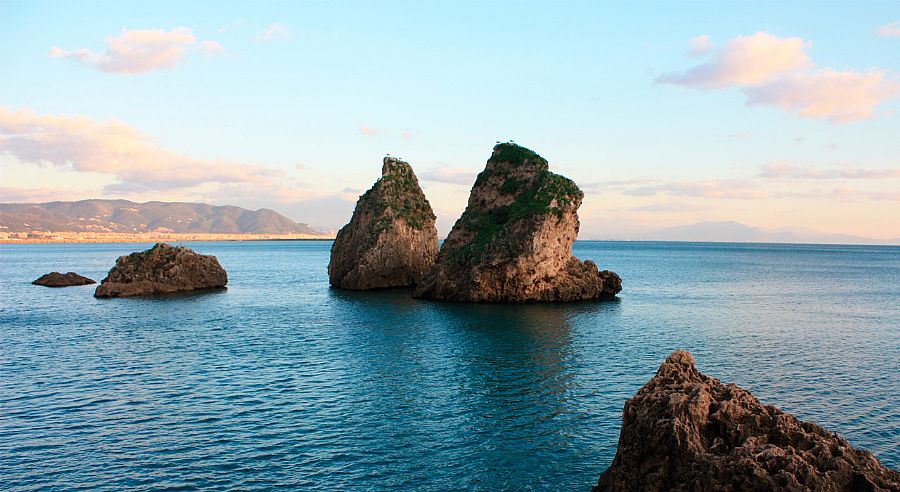 The rocks jutting out of the water are called Faraglioni, like in Capri. Here's they are named "i due fratelli" or the the two brothers. They provide an interesting focal point for the southern end of the marina of Vietri sul Mare. There are actually several reef-like rocks rising out of the water here, but the most famous are the two taller "brothers". The local legend is passed down from Greek mythology: a pair of shepherd brothers were pasturing their sheep nearby and saw a beautiful girl swimming in the water. As they watched, the sea suddenly turned violent and they dove in to save the girl, but drowned themselves. The girl was the daughter of Poseidon (Neptune), the god of the sea, and when the girl recounted their attempts to save her, Neptuned turned their bodies into the rocks for an immortal memorial of their bravery.

Haven't visited yet? Have questions about The Two Brothers Rocks? Ask them here!