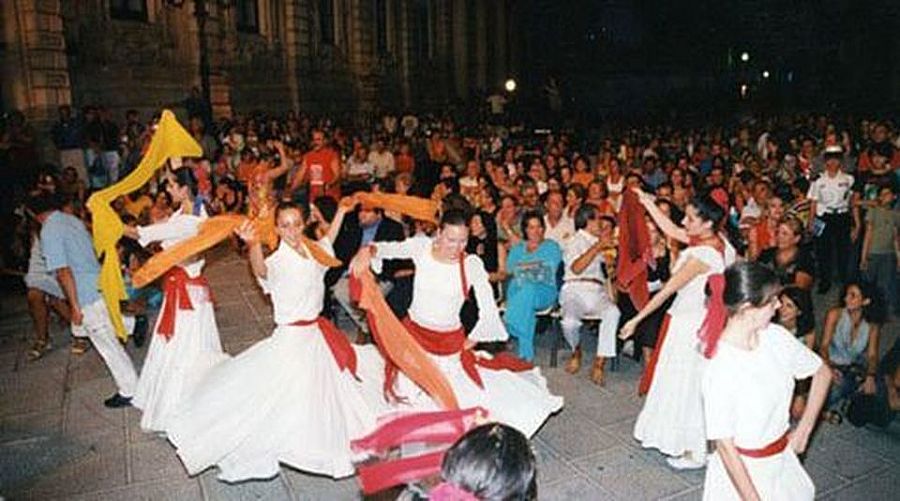 A month-long festival in Puglia celebrates the region's unique folk music and dance known as the "tarantella" or "pizzica". The frenetic dance goes back many centuries in Puglia, especially in the central and southern part of the region, known as the Salento.

What Is the Tarantella or the Pizzica?

It is thought that the dance is an ancient pagan ritual that is said to date back to the Dea Madre. It involves music and swirling dance movements that increase in tempo and velocity until it becomes frenetic. The dance was said to be a cure for spider bites, taranta is the dialect word for spider (where we get tarantula from), while "pizzica" means "bite". The dancing was said to rid the body of the venom from the spider bite. In ancient rites, the dancer would "swoon" from the convulsive dance, as a "symbolic death" and her reviving from the over-exertion was like "rebirth". There are similar dances originating in Persia, which may have been brought to Puglia by way of Saracen incursions and commercial trading.

Whatever its original roots, the music and dance are practically synonymous with Puglia and are popular throughout the south. No festa or wedding is complete with a few rounds of the tarantella! In more recent times, the dance has been linked to St. Paul, who is the protector of venomous bites (having been bitten by a venomous snake himself on the island of Malta, during his journey to Rome). You'll see festivals around the feast day of St. Paul that celebrate with this form of music and dance. The dance is traditionally done barefoot and most often by women, though men do join in, as well.

The Notte Della Taranta - an August Festival in the Salento

The month-long festival takes place in 15 towns around the Salento, which is the central and southern part of Puglia. The grand finale is held in Melpignano, which draws more than 100,000 visitors to dance in the piazza, enjoy the music and traditional foods of the Lecce province. Visit the website La Notte della Taranta for the calendar and details.

Haven't visited yet? Have questions about Tarantella Dance Festival? Ask them here!