Scarlino is one of the prettiest towns in the Gulf of Follonica area. Stumbling up a hillside, the stone buildings and cobbled streets retain their Old World charm while overlooking the beaches of the Mediterranean on one side, and the forested hills of the Maremma on the other. The actual territory of Scarlino extends from the hill right down to the gulf.

The town has ancient origins dating back to the Etruscans, with some important necropolis finds nearby. Artifacts are on display in the Museo del Territorio, which also includes Roman discoveries and pieces from the Middle Ages, too. The wealthy, influential Aldobrandeschi family acquired Scarlino and its surrounding territory in the 12th century through a marriage with the family of Count Alberti. They set about renovating the castle, which was originally constructed in the 900s, and adding other monuments and defenses to the town. The Rocca is the protective castle on the summit, enlarged and adorned with 3 watch towers, to keep vigilance on the potential invaders and marauders both by land and by sea. There are segments of the defensive walls still intact, along with two of the city gates. The views from here are fantastic.

There is the charming Romanesque church of San Donato dating to the 14th century, and lovely Renaissance frescoes in the church of Santa Croce. The Palazzo Comunale was one the Palazzo Pretorio, the seat of politics, and is a fine example of military-public architecture of Tuscany in the Middle Ages. The imposing stone structure still houses the town hall. There are intriguing lanes to wander and little piazzas for relaxing and soaking in the views and ambiance. There are restaurants and cafes to enjoy, as well.

Scarlino has a unique position that offers both mountain activities and water sports. Just minutes away are the beaches and coves of the Gulf of Follonica. There are sandy stretches with umbrellas, restaurants and entertainment, but along the south side of the bay is the natural, rocky, protected coastline that is backed by woods and completely undeveloped, full of birds and tranquility. Highlights of the coast include the Cala Violina, a lovely small cliff-skirted bay that is part of Scarlino and is included within the nature preserve, Riserva Naturale delle Bandite. It's tucked between promontories gets its name from the sound that occurs from the wind, like strings of a violin. Cala Martina is another natural rocky cove hidden away among the trees and silence of the nature preserve. Narrower than Cala Martina, it has sparkling clean seas and uncrowded pebbly beaches. The Porto di Puntone, which is part of the domain of Scarlino, has a beautiful marina with colorful boats occupying the slips. You can rent a boat to see the bay from the water. Inland, there is mountain biking, horseback riding and hot springs to enjoy.

The town of Scarlino plays host to an annual chestnut festival every October that celebrates the area's important crop. Summertime brings seafront festivals and activities throughout the season. Scarlino is a lovely spot, especially for nature lovers. It's also good for touring, as it's in easy reach of Grosseto, Massa Marittima, Piombino, the hot springs of Saturnia, and the island of Elba. You can also easily visit Siena, Pisa and Scansano from here. In town, you'll find some good restaurants, food stores, and other shops, along with coffee bars and friendly folks to welcome you.

Haven't visited yet? Have questions about Scarlino? Ask them here! 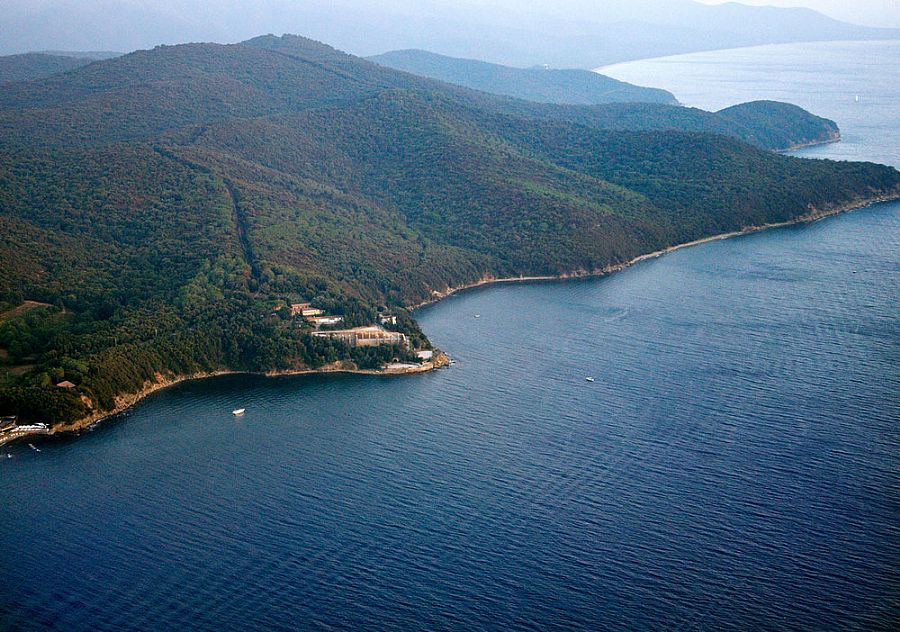 Located on the Tuscan coast near Grosseto, Puntone is a town that centers on the water.

Along the glittering Gulf of Follonica is the city that is referred to as the "Miami of the Maremma".