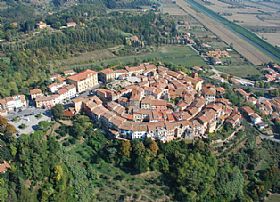 Located on a hill near Pisa, Santa Maria a Monte is part of the Lower Arno River Valley. It has been a fortress town since the mid-13th century. The historic center is a charming example of a Tuscan medieval village. The Prateorian Palace is still adorned with the coats of arms of past rulers. It remained under the jurisdiction of the bishops of Lucca until the conquest of Pisa by the Ghibellines in Montaperti. Its strategic location on a hill, where possible attacks could be seen, made the town famous as an important military outpost, and Santa Maria a Monte has always been much contended between the various cities in Tuscany.

The Tavolaia Astronomical Observatory is managed by the Astronomical association "Isaac Newton" and the centre is regularly open to the public for nights of observation and star-gazing, lectures, guided tours and other initiatives.

The spare but pastel facade of the church of St Giovanni, with a bell tower, hides a 12th century pulpit in unique Lucca-styled Romanesque, with carved decoration and a baptismal font. Poetry fans will want to visit Casa Carducci, the boyhood home of Giosue' Carducci, whose father was the village doctor. Despite its small size, it has shops and restaurants and no lack of cafes tucked in the narrow beguiling lanes of the town center.

In the town of Santa Maria a Monte is located near Pisa, Lucca and San Miniato, and just a short distance from Florence.

Haven't visited yet? Have questions about Santa Maria a Monte? Ask them here! 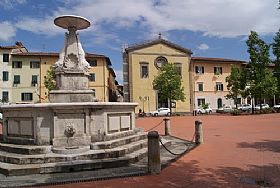 Located to the east of Pisa near Cascina, Bietina is a small town with a long history. 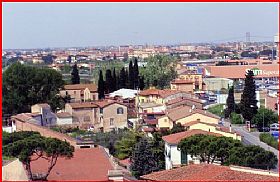 Fornacette is a mostly modern town that sits between Empoli and Pisa along the Arno River. 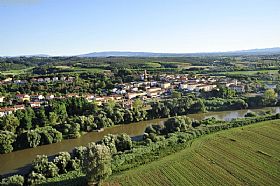 Situated between Pisa and Florence, Pontedera is just off the highway but in a quiet location.