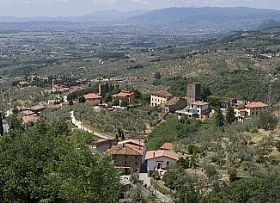 The village of Porciano belongs to the municipality of Lamporecchio, in the province of Pistoia. The village lies approximately 4 km from Lamporecchio.

Porciano was originally called Querciano, or Querceto, and that name would have clearly detected the look of a wild and wooded area. The transition from this first name, Querciano or Querceto, to the following Porciano could indirectly confirm the phenomenon which occurred around the year one thousand of the progressive deforestation of the area to retrieve large pieces of land for cultivation. Historically Porciano is recalled as part of the rural municipality of Lamporecchio, in Liber Focorum of 1226. It must be said that some news about Porciano, although reported by various authors and still widespread, are not supported by adequate historical documents.

The current building is the result of various restructuring measures that have occurred over time and especially over the centuries XV, XVII and XVIII. The façade is preceded by a recently made portico supported by pillars.

Haven't visited yet? Have questions about Porciano di Lamporecchio? Ask them here!

Have a look at our vacation villas in Porciano di Lamporecchio. 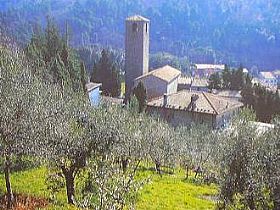 San Baronto, cosy lovely tourist resort where you will fully enjoy a relaxing vacation dedicated to tranquillity and total rest, far away from traffic, smog and noise. 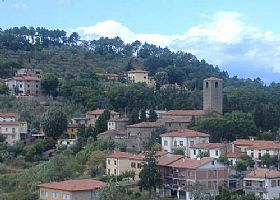 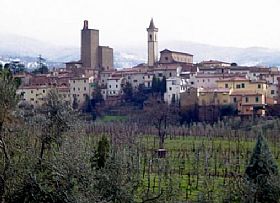 Vinci might have remained a sleepy, hidden Tuscan town if it hadn't been for the birth of a famous son.