Born as Bourbon's territory, Meta used to be the first village that people encountered going towards Sorrento from Vico Equense. The toponym has doubtful origins, even though it might derive from the Latin "meta", which means heap, pile... assuming the meaning of high ground.

Going by car on the state road SS 145, once beyond Punta Scutolo (stunning rocky promontory, sometimes called "Scutari", also known for the fantastic scenery visible from the coast: deep splits and bold shelters for birds and shrubs, adventurously clung onto the rock; while the turquoise sea water offers incredible and unique ichthyic species, like the famous "guarracino") that divides the Sorrentine Bay from the countryside, you'll bump into Meta di Sorrento.

This lovely place used to be marked by a splendid temple in honour of the goddess Minerva, later substituted with an early-Christian church, whose remains were used to build the XVIII-century Basilica in honour of Madonna del Lauro, symbol of Meta with its incredibly beautiful cupola tiled with majolica and the characteristic bell-tower.

Folklore and traditions contribute to make this place more and more rich, in terms of ties with the glorious past of the Sorrento Coast.

Once in Meta di Sorrento, you'll find lovely events anytime of the year:

If you really want to try the best local food, you cannot miss:

Haven't visited yet? Have questions about Meta di Sorrento? Ask them here!

Have a look at our holiday homes in Meta di Sorrento. 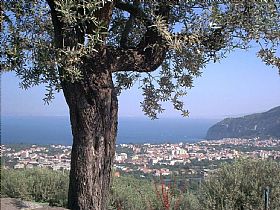 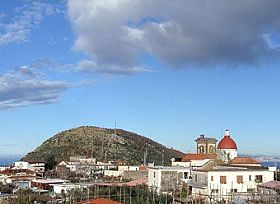