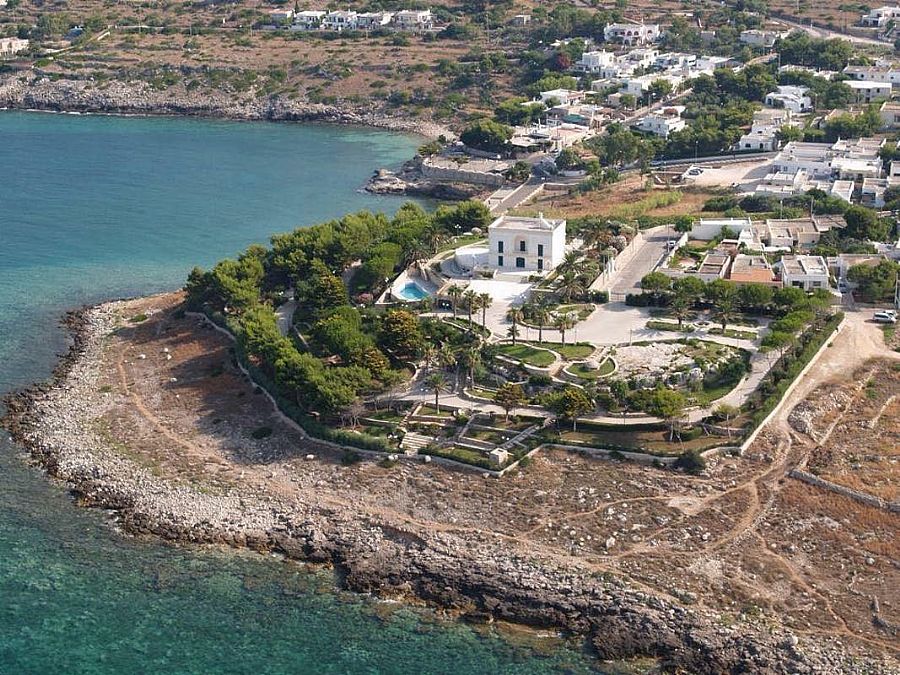 In the sunny Salento of southern Puglia, Marina di San Gregorio sits near Torre Vado and Santa Maria di Leuca, washed by the clear Ionian Sea. It is part of the comune di Patu, a frazione that is the seaside resort of that town. Here the focus is on the blue water, the abundant sunshine, and the good food, to enjoy some dolce far niente style of relaxaing. A beach chair is really all you need!

The town has very ancient roots with the Messapic people who thrived here before the arrival of the Greeks and then the Romans. Evidence of these ancient peoples can be seen in the area - here, most notably with the Messapic stairs that lead up the hill (called the Scalinata Messapica). It's easy to find, so take the short walk up those massive stones that let you literally tred on history's footsteps. There are restaurants to sample the fresh seafood, cafes and bars and relaxing spots to enjoy the water and sun.

Just on the other side of the promontory is Felloniche, less than a kilometer walk to its sandy beaches. Here in Marina San Gregorio, much of the coastline is marked by low reefs, so bring water shoes! Nearby is lovely Santa Maria di Leuca, the "land's end" of Puglia, and, to the north, is "the Maldives of Puglia" -those long soft sandy beaches around Marina di Pescoluse. You won't be hard-pressed to find your favorite beach around here!

Marina di San Gregorio is sometimes referred to as Torre San Gregorio, for the watch tower that once stood here guarding the coast.

Haven't visited yet? Have questions about Marina di San Gregorio? Ask them here!

Have a look at our apartment rentals in Marina San Gregorio.