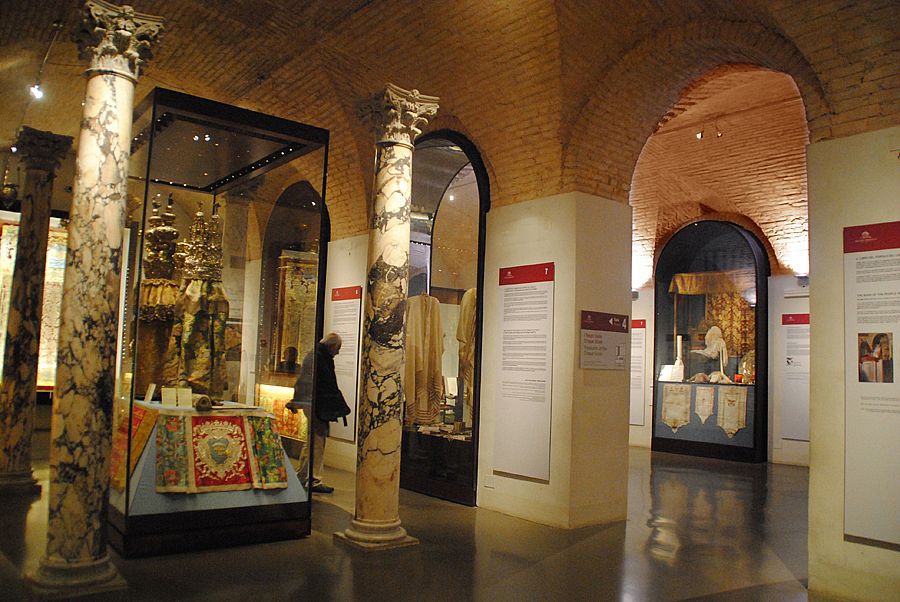 Located in Rome's beautiful synagogue, the Jewish Museum is an intriguing look at the history of Rome's Jewish heritage. The synagogue, called the Tempio Maggiore di Roma, was inaugurated in 1904. It is located in the district where the Jewish ghetto had been, established in 1555 by Pope Paul IV. It confined Hebrew residents to one densely-packed quarter. In 1870 they were finally freed from the confines and much of the district was demolished and rebuilt. Nevertheless, it remains one of Rome's most interesting and colorful zones, a mix of modern and ancient Rome. It runs foughly from the river to Via del Portico d'Ottavia.

The museum contains many fragments of the history through the centuries with 900 fabrics and 400 silver items of liturgical use, along with ancient marble inscriptions in Hebrew. There are interpretative displays about Rome and its Jews, life in the synagogue and the ghetto, the emancipation and more.

Reserve tickets online to visit the museum and synagogue, and sign up for a guided walking tour of the ghetto district.

Haven't visited yet? Have questions about Jewish Museum of Rome? Ask them here!