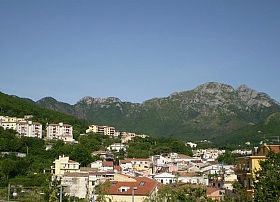 The village of Dragonea is cradled in the hills above Vietri sul Mare, at 270 meters above the sea level. It sits between Vietri and Cava dei Tirreni, resting in the hills about five kilometers from Raito. Avid walkers will enjoy the 2.5 kilometer climb from Vietri to the village above. The village is small but enjoys nice views and greenery, and is a good spot for hiking. The main church of San Pietro e Paolo is a millennium-old structure, one of the oldest in the Salerno region. It dominates the hilltop and looks out over the surrounding countryside.

An amusing anecdote: The locals are called "Truccanari," a name that comes from a legendary episode in the 1800s, when some locals held a religious procession to the Abbey of Cava. To defend themselves against the possibility of attacks, the armed themselves with wooden sticks (called troccano in dialect) that were cleverly hidden in long, thick candles. The name truccanari is a play on words between "troccano" and "trucco," which means "trick". Today, the ancient rivalry is still played out, but now it's between the fans of the football (soccer) teams of Salerno and Cava de' Tirreni.

Haven't visited yet? Have questions about Dragonea? Ask them here!

Have you seen our self-catering apartments in Amalfi Coast? 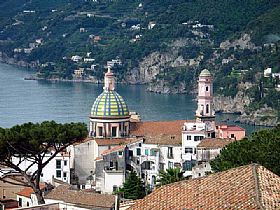