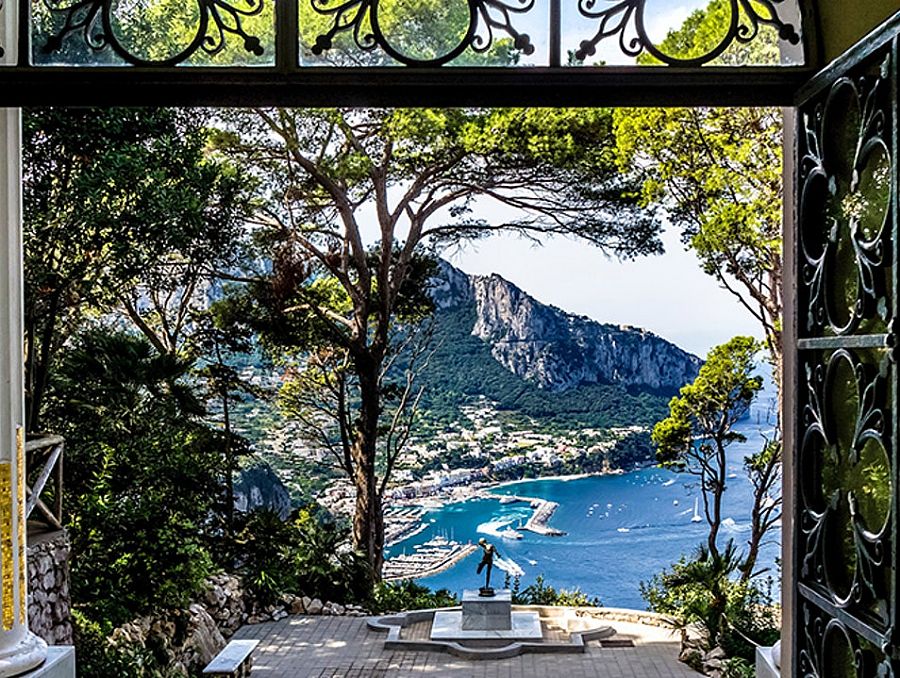 A lavish villa with stunning views set in a garden on Capri is worth the walk to reach it. The Villa Lysis sits on Monte Tiberius, near the famous Roman Villa Jovis, a 45 minute walk from the Piazzetta. But everything on Capri involves a walk, and this one ends with spectacular views and an intriguing villa to explore!

Villa Lysis dates to 1904, built by a French nobleman, Count Jacque d'Adesald Fersen who sought refuge from scandals in his home country by retreating to Capri. He constructed an eccentric and opulent place, where he lived with Roman lover, Roman Cesarini. The setting and reputation of the owner attracted artists, intellectuals and writers of the early 1900s.

The villa is an intriguing hodge-podge of decorative styles that incorporates Louis XVI, classical, art nouveau and oriental all in one place, but to lovely effect. The garden hangs over the cliff and offers stunning views of the sea and Marina Grande, especially from the temple-like overlook perched on the edge of a rock. Summer brings concerts and events and galas to the villa and garden.

Villa Lysis is reached by walking along Via Longano or Via Le Botteghe to Via Tiberio and then to Via Lo Capo. It is closed in January and February.

Haven't visited yet? Have questions about Villa Lysis? Ask them here!