In 1460, the population of Lucca, after a number of quarrelling with the inhabitants of Pisa, decided to reclaim the whole coastline, ensuring in this way a safe landing stage for the incoming goods from the sea and starting a wealthy period of flourishing trades.

For many years the history of Viareggio was characterized by the endless fight between men and nature: the sea was constantly covering the land and the population was often killed by the malaria, a kind of local scourge. In 1534 the locals decided to build a tower, in order to defend the port; its name was Torre Matilde and suddenly became a symbol for all the Viarreggini: the tower was unanimously recognized as the city logo and image.

In 1601 Viareggio became chief town of the Vicaria del Litorale and was declared free port. The touristic vocation of the town flourish with Maria Luisa di Borbone, when the first sea resorts were built and the path of Viale dei Tigli was finished, allowing the Duchess to easily reach her villa from the pine-wood.

Viareggio spread its popularity around the world and many artists and poets stayed in town: Percy B. Shelley, Lord Byron, Manzoni, Puccini and D’Annunzio enjoyed the beauty of the town, just to mention a few.

Nowadays Viareggio is a modern city and a part from Torre Matilde and Palazzo Bernardini, there aren’t any more ancient buildings, whilst you can see some liberty houses that give Viareggio a unique image of Italian Belle Époque resort.

Even though during the Second Word War the town has been heavily bombarded, Viareggio managed to keep quite an important prestige and reputation, mainly thanks to its touristic and event vocation, such as the famous locale Carnevale happening.

The tradition of the Viareggio Carnival has already passed 130 years of history; the first edition of this event was 1873, when a little group of local noble youngsters organized a parade with flowered oxcarts. From that first time, this local festival became more and more famous, becoming one of the European’s most important Carnivals, the second one in Italy, after Venice. The Carnival is now considerate the biggest event in town, and is one of the reasons why Viareggio is well-know all around Italy, and not only. Nowadays the floats are all made from the locals, either artists and sculptors as well as the workers from the shipyard.

One of the main characteristic of this parade is that all the floats are decorated in a very satiric manner, the inspiration comes in fact from the politicians, the customs, traditions and way of life, typical of the Italians: this is also a good chance to express criticism and different point of view on the authorities and government. This peculiar sign is something that was typical decades ago and still remains a unique theme for all the festival.

In spite of the cheerfulness and student spirit that had always characterized this huge party, the Carnevale di Viareggio had undergone bad times, specially after the second world war. However in 1921, the parades took place all along the promenade, allowing new spectacular effects and bigger "carts". Four years later, in 1925, it was invented the papier mâché with a mixture of water, glue, chalk and paper: incredibly suitable to make mobile features above the Carnival carts. This technique was fortune of the Carnival in Viareggio, making it so unique!

In 1930 was born Burlamacco, the official local Mask, created by the painter Uberto Bonetti, inspired by the great tradition of "Commedia dell’Arte".

Haven't visited yet? Have questions about Viareggio? Ask them here! 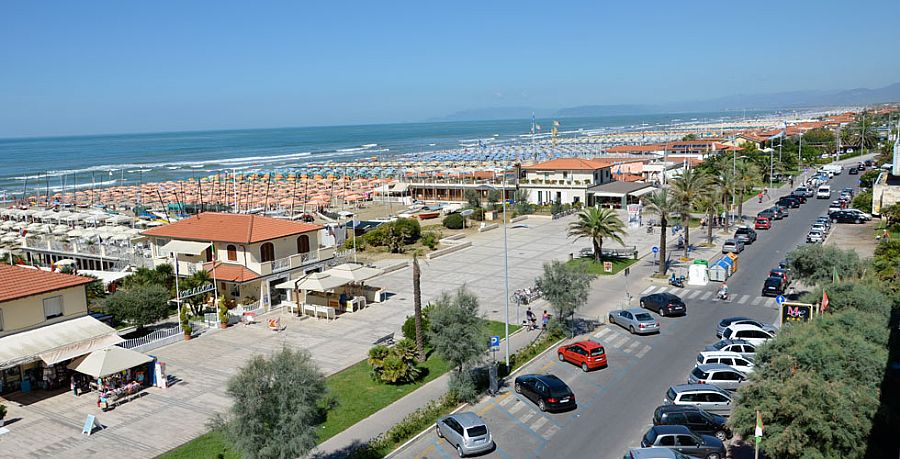 Lido di Camaiore is the beach resort for the town of Camaiore, located just north of Viareggio on the Tuscan Mediterranean coast. 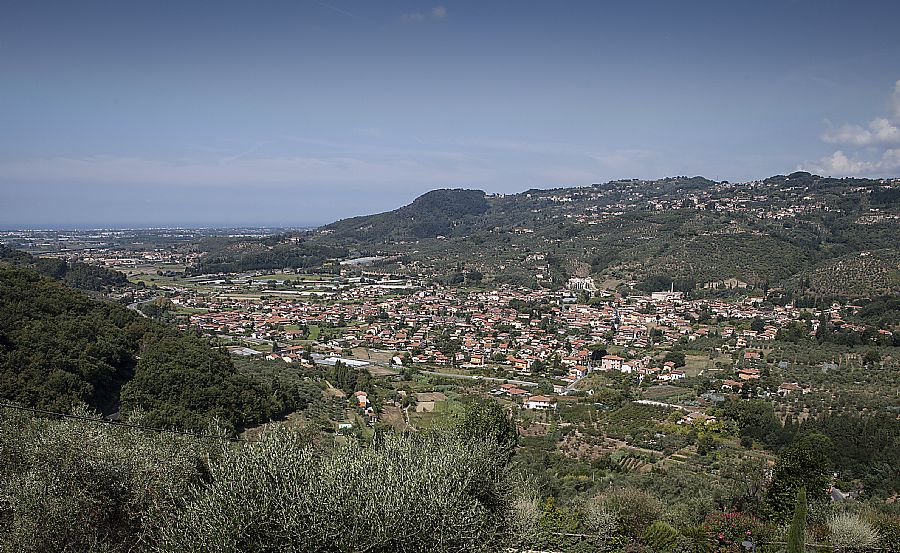