Sanctuary and Complex of Sant'Angelo 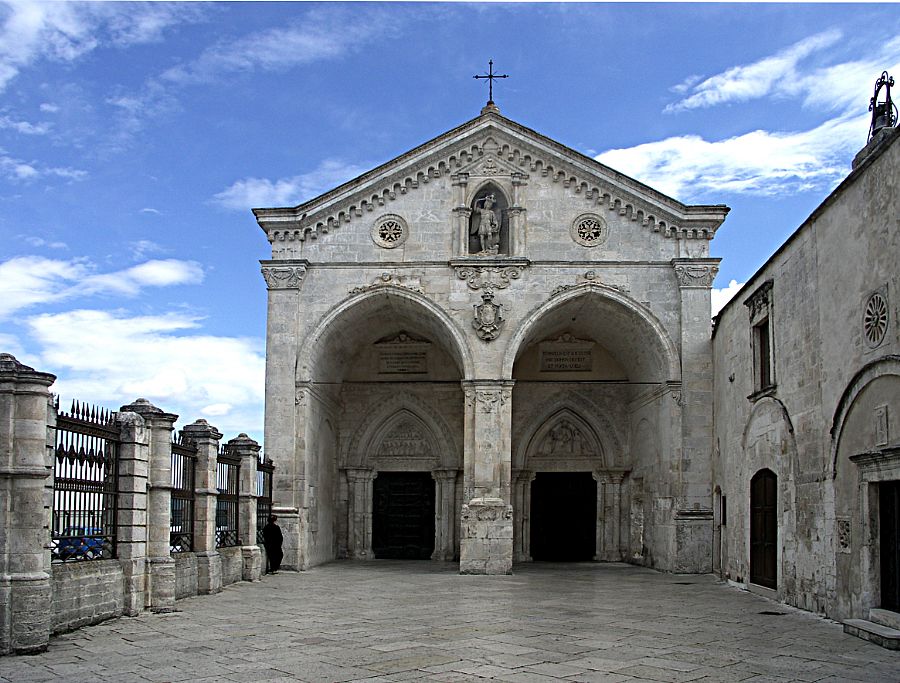 Recognized by National Geographic as one of the ten most important sacred caves in the world, the sanctuary of St Michael and the holy complex of Sant'Angelo is a popular pilgrim site. The sanctuary is part of a UNESCO World Heritage Site dedicated to the "Places of Power" of the Lombards in Italy.

Set on Monte Gargano in the north of Puglia, history has swept through this promontory for millennia. The shrine commemorates apparitions of St Michael the Archangel here, starting in 490, the first cited appearance of the warrior-angel in Western Europe. It is said that he appeared numerous times, the first promising that anyone entering the cave would be pardoned. A monastic order built the first cave-church along with a crypt and cells for the monks. The Lombards were especially devoted, and other apparitions of Michael the Archangel were cited, on the eve of battles he appeared on the mountain top with a flaming sword and brought victory over the Byzantines, recounted by Lombard historian Paul the Deacon in his book dating to the 700s. The commemoration of this event is still celebrated every May 8.

The grotto became an important pilgrimage site, and was a popular stop for departing and returning Crusaders. It was visited by saints and popes, including St Bernard, St Thomas of Aquinas, St Catherine of Siena, St Francis of Assisi. Today, it's part of the complex known as Monte Sant'Angelo, along with the baptistry, the church of Santa Maria Maggiore, the votive grotto, and the Norman castle. The castle had then been altered by Frederick II, who also built the attractive octagonal tower that was converted into a campanile. The site is part of the Gargano National Park, and considered a holy site by many.

Haven't visited yet? Have questions about Sanctuary and Complex of Sant'Angelo? Ask them here!