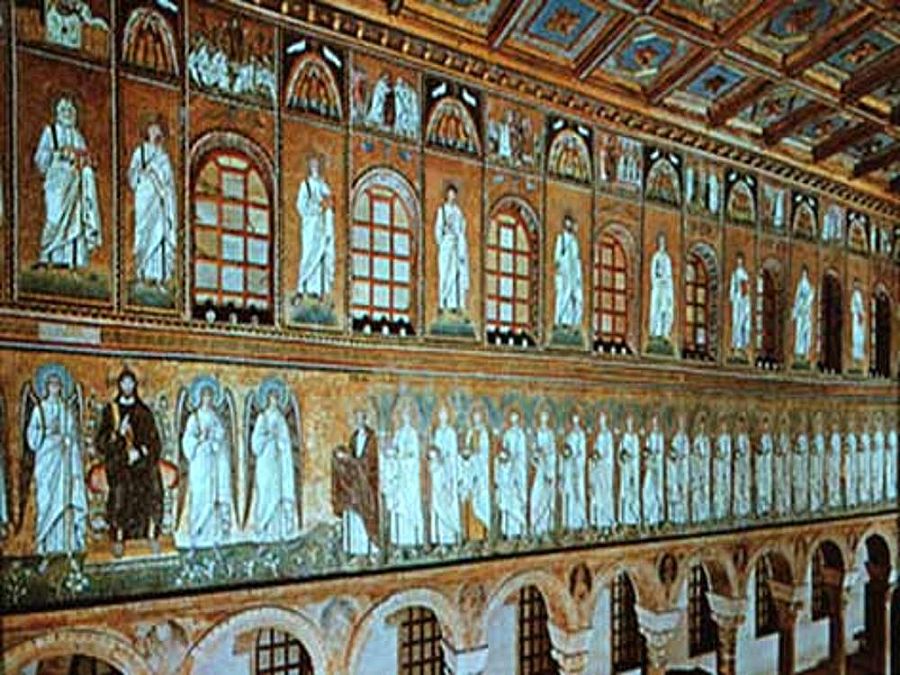 A stunning sight of glittery sparkles and an array of colors that form intricately created designs, it is no wonder that the mosaics in Ravenna were named a UNESCO World Heritage Site. Ravenna was seat of the Roman Empire before its demise, and of Byzantine Italy until the 8th century.

The works of art covered by the UNESCO designation are set amongst eight churches, and high art they are! Throughout the 5th and 6th centuries, the mind-boggling mosaic designs were created with painstaking detail - entire ceilings and walls covered in the tiny bits that fit together to create stunning scenes. They shimmer with metallic sparkle, and the depth of the colors is astounding. Breathtaking is really the only word that describes them.

There are eight locations; you can visit a few or all of them.

The Mausoleum of Galla Placida; the Neonian Baptristry; The BAsilica of SantApollinare Nuovo; the Arian Baptistry; the church of San Vitale; Theodoric Mausoleum; the Chapel of Sant'Andrea; and the church of Sant'Apollinare in Classe, about eight kilometers from the city.

Haven't visited yet? Have questions about Ravenna's UNESCO World Heritage? Ask them here!

Enjoy the comfort of a vacation home in Emilia Romagna.