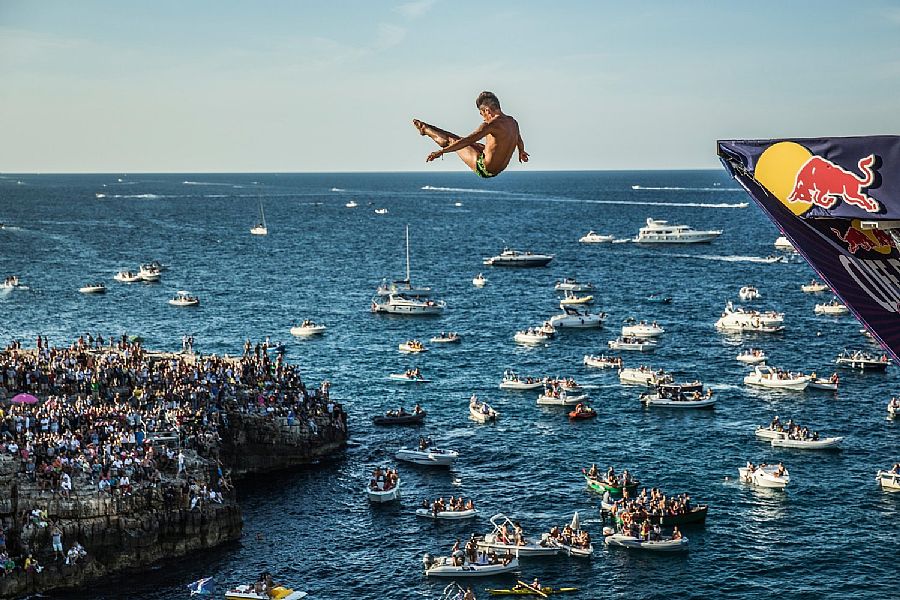 It's not uncommon to see cliff divers take spectacular leaps from the rocks of Polignano a Mare, but sometimes the city becomes the mecca of athletes competing for the World Series titles. The Red Bull Cliff Diving Championship is an international series of diving events held in various venues around the world, to compete for points and titles. These skilled athletes are graceful and powerful at the same time.

The series has taken place in Polignano a Mare five times so far. While the venues can change each year, if you want to see a really breathtaking sight, then check the schedules for the annual event. Crowds scramble all over the rocks and reefs to find a perch to watch from. The divers soar from a 28 meter high platform (92 feet) , plunging into the sea below.

Haven't visited yet? Have questions about Polignano Cliff Diving Championship? Ask them here!