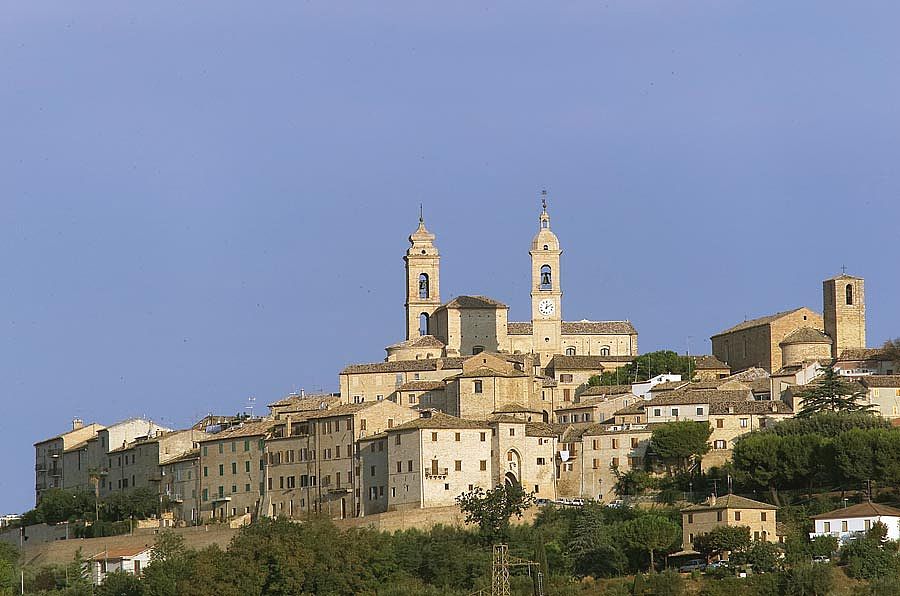 It isn't hard to see why Montecosaro is among "the prettiest small towns in Italy" -it's a picture postcard hilltown. Indeed, if it were in Tuscany, it would attract huge numbers of tourists, but here in the rolling patchwork hills of Le Marche, it is a quiet well-kept village that sits between the mountains the sea, without much fuss.

But it's worth a visit because it really is beautiful! Started in the Middle Ages around 936 according to records, it developed as a defensive castle town surrounded by walls. The Porta San Lorenzo gate still gives access to the old town center, now open while back then they'd close the heavy doors against invaders.

Walking into the village is like stepping back in time. The portals, palazzi, bell towers, and stone streets are a time capsule of the era when they were built, for us to admire and marvel at today. The Piazza Trieste is the center of town, where you find the jewelry-box theater, a tiny gem draped in velvet and still active with a theatrical season, and town hall and the tall bell tower, Torre Civica. There are three museums in tiny Montecosaro -an archeology museum, an art gallery, and a whimsical dedicated to movie posters (official graphic publicity posters), the only one of its kind in Italy.

The church of San Rocco dates from 1447 and bears beautiful frescoes; the most famous, though is the Abbey Santa Maria Pie' in Chienti, a lofty Romanesque style church with a two-story brick nave bearing arcades, a rustic and beautiful sight. Frescoes adorn the apse, and external apse view is much photographed. The church is dramatically lit at night, lovely to see!

The countryside is a quilt of fields and olive groves, as well as vineyards. Sample some of the Vernaccia Nera, Sangiovese or other vintages, perfect for the town's signature dishes - Vincisgrassi, a rich lasagna; Ciceru', an oversized ravioli dish with creamed chickpeas; and hearty polenta topped with local sausages and tomato sauce.

Haven't visited yet? Have questions about Montecosaro? Ask them here!

Have a look at our holiday homes in Marche. 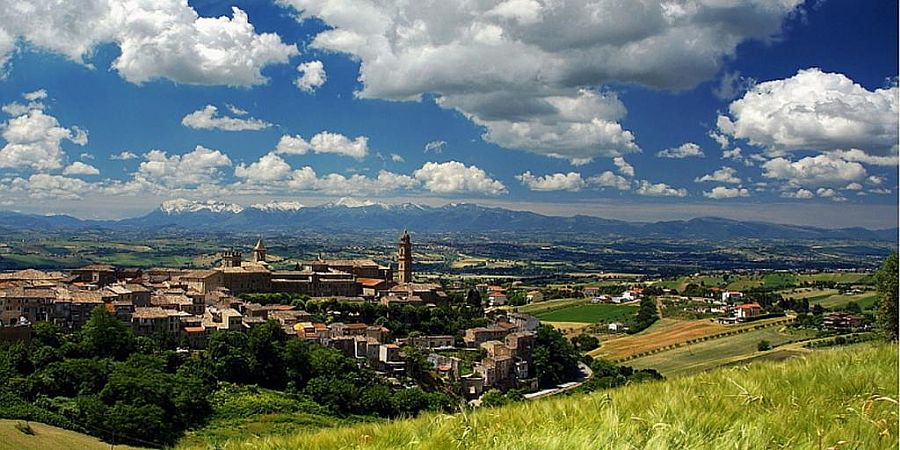 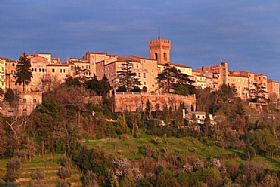 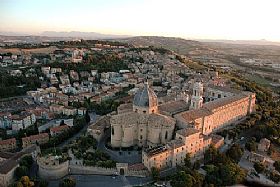