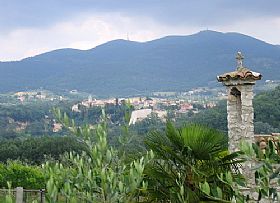 The town lies up to a high cliff at the foot of the Mounts Martani, almost at the centre of Umbria, between Perugia and Terni. The rare healthiness of the climate, along with the proximity to the most popular historic and artistic destinations in Umbria (easily reachable through a good street network) make it a privileged tourist destination. The peaks of Mounts Martani, more than one thousand mitres high, frame the city and represent one of the major attractions. Nature lovers will be pleased to know that here is possible to make interesting excursions into the large and intact evergreen forests around. Ancient and picturesque castles, still keeping the original medieval structures, rise on top of their hills.

Try the typical Nociata: Christmas dessert made with walnuts, honey, egg whites, orange skin, rolled into laurel leaves. The local extra-virgin olive oil is all good to accompany bruschetta, roasted meat and even a simple salad.

Haven't visited yet? Have questions about Massa Martana? Ask them here! 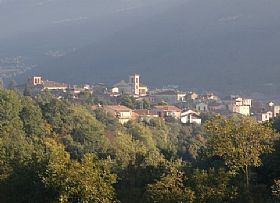 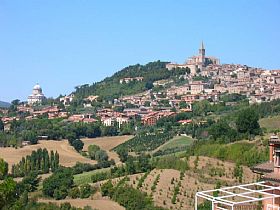 Todi rises on the top of a 400 meters hill that overlooks the valley of Tiber River, on the border with the ancient Etruscan territory. 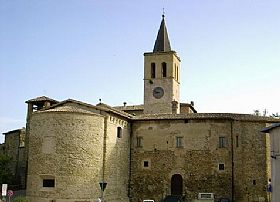