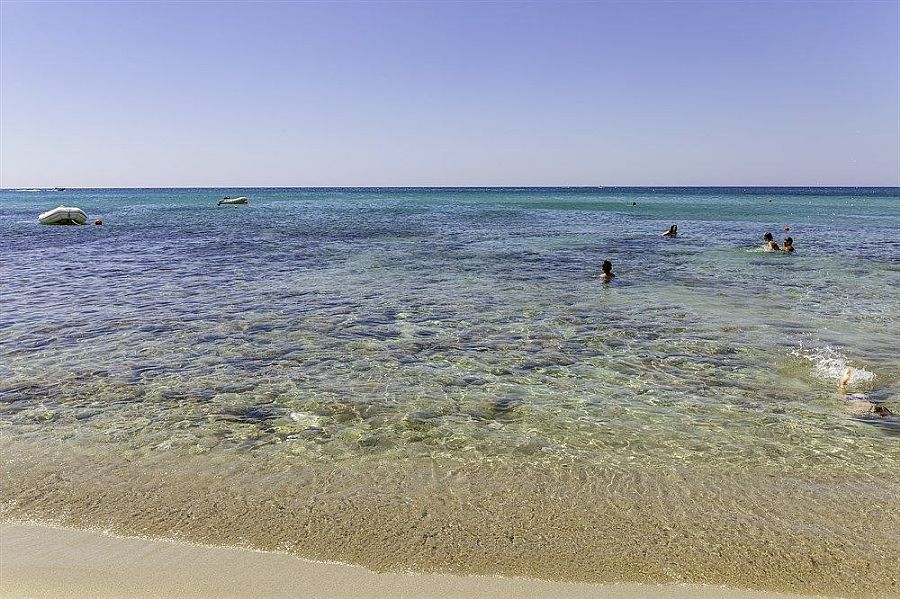 Marina di Felloniche is a laid-back beach-centered resort at the southern tip of Puglia. Located on a sandy section of the Ionian Sea, it is just three kilometers from Santa Maria di Leuca and about two from San Gregorio to the north. Not so much a town as a spread-out community, there are some restaurants and a relaxing air about it. If you want a sandy beach but with access to the reefs and sea caves, and the fun at "land's end" at Santa Maria di Leuca, this is the place.

The wide arch offers some protection from wind and waves, making it popular with families. Plus, there's lots of room! To the south are some of the sea caves that can be explored with small boats or kayaks: Grotta del Drago (dragon), Grotta degli Innamorati (lovers), Grotte delle Tre Porte (three doors) and Grotta del Presepe (nativity), make for a fun exploring. Take a boat trip around the point of Leuca where two seas run together.

The Torre Marchiello is a ruin now but was once a stolid seaside watch tower; you can wander around the remains and imagine how inhabitants kept a vigilant eye for invaders and pirates. The Scalinata Messapica just up the road is an ancient stone staircase that lead to a temple, from the Messapian era, at least eight centuries BC.

Haven't visited yet? Have questions about Marina di Felloniche? Ask them here!

Rent a holiday home in Marina di Felloniche and travel like a local.