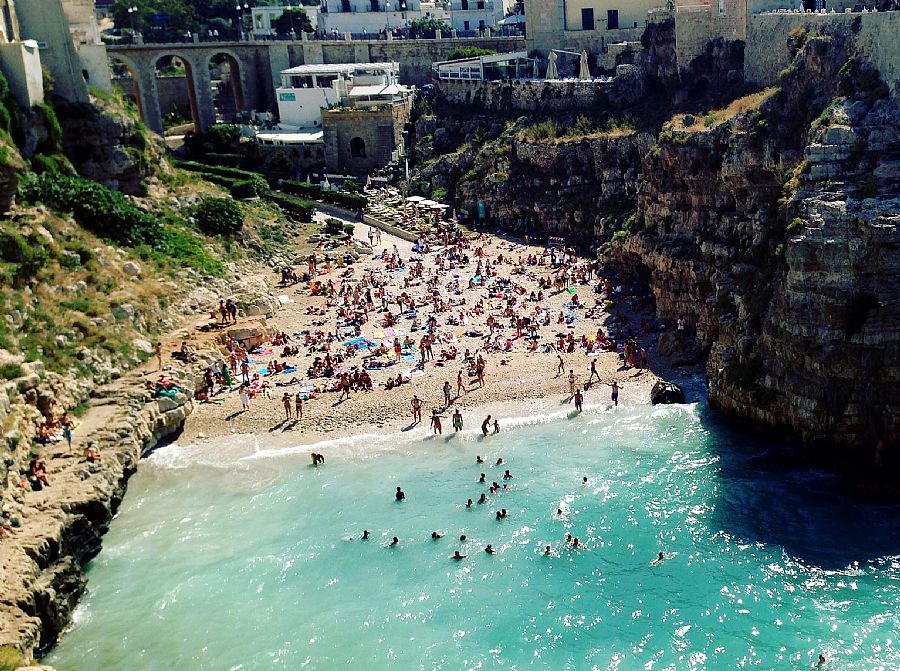 The most photographed spot on the Bari coast, the beach at Lama Monachile is also called Cala Porto. It's named for the Roman-era bridge that overhangs it. Being right in town, it's very popular. It offers a pebble beach wedged between the cliffs on which the city itself is perched. The water is transparent. The beach gets shady quickly though because of the rocks.

Haven't visited yet? Have questions about Lama Monachile Beach? Ask them here!