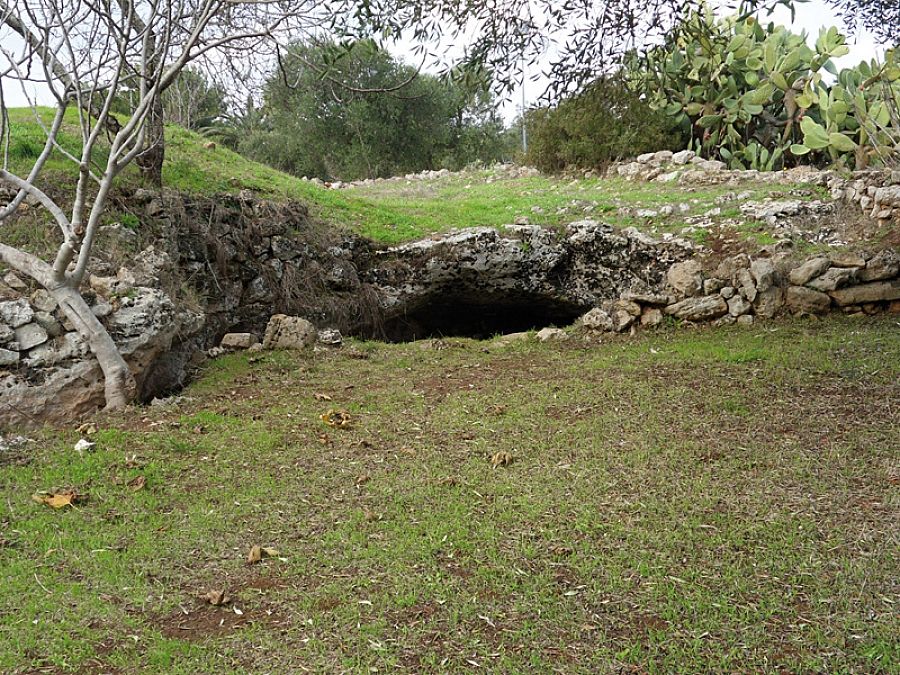 Hidden along a narrow country road surrounded by olive groves, an important archeological find was uncovered in 1965. In one of the natural cavities of the karst landscape outside Parabita, a professor located paleolithic carvings and petroglyphs estimated to date to between 12,000 and 14,000 years ago. Among the stone etchings and bone carvings, he found two statuettes that rocked the regional archeological realm.

The statuettes came to be called the two "veneri" for venere, Venus. The figures are carved from horse bone, skilled and refined, depicting two pregnant female figures, representing fertility. They are now displayed in the Museo Provinciale Sigismundo in Lecce. These and other artifacts were excavated and analyzed by the University of Lecce and University of Pisa for a few decades. They confirm a human presence in Puglia going back to paleolithic times.

You can walk through the cave-studded landscape and peek into the grotta yourself. It is located just two kilometers from Parabita in the area called Tufara. There's a sign along the rural street indicating "Grotta delle Veneri".

Haven't visited yet? Have questions about La Grotta delle Veneri? Ask them here!

Have you seen our self-catering apartments in Parabita?