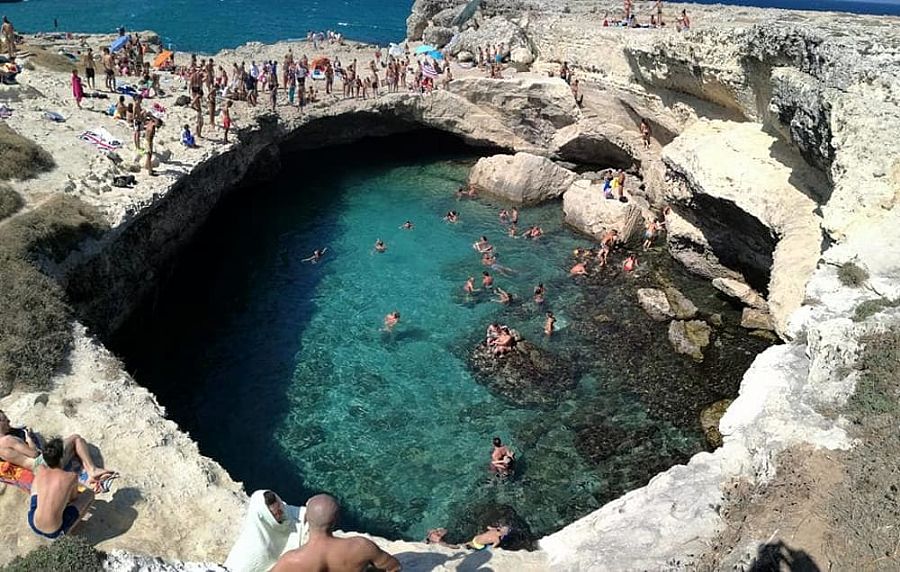 Legend has it that a beautiful princess used to bathe in the healthful waters of the sea cavern, and when word spread of her incomparable beauty, poets from all over southern Italy came to write prose inspired by her. Some wrote of nymphs, others of an oriental princess, and others of a gorgeous queen from the north, adding to the place's fame so that eventually it became known as the Grotto of Poetry.

The Grotta della Poesia is north of Otranto in the sunny Salento and is a natural pool in the rock. It was an area rich in archeology, where ruins of a Messapian fortification have been found near Roca Vecchia. Artifacts from the Bronze Age were also discovered.

The open-air pool is a scenic spot, a nice change from the usual beach, and one steeped in myth and mystery, as well!

Haven't visited yet? Have questions about Grotta della Poesia? Ask them here!