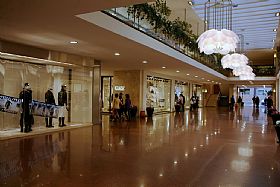 An upscale shopping arcade in the heart of the city center attracts fashionistas to its high-end stores. The Galleria Cavour was one of Bologna's first post-war commercial and social venues, reconstructed in a palazzo that was destroyed by bombings in the war. It is adjacent to the famous Archiginnasio, which also suffered damaged.

The arcade has designer labels like Armani and Gucci (to name only a few) and a smattering of mid-level shops, but it's the high end names that attract the shoppers to this indoor shopping mall.

Haven't visited yet? Have questions about Galleria Cavour? Ask them here!

Enjoy the comfort of a home rental in Emilia Romagna.