Its origins are still subject of controversial debates: it seems that the old town center has been inhabited by the Romans, during the first Imperial Age, until the IV century AC.

Thanks to the numerous streams, the extremely clayey and fertile area favored a considerable agricultural development, as well as a notable river commerce of amphorae.

The first document in which appears the name of Empoli is the Establishment Act of St Savino a Cerasiolo Abbey, in 780. Even though, the real town was founded in 1119, all around the parish of St Andrea. At the beginning it was a feud belonging to counts Guidi but, in 1182, Empoli took an oath of allegiance to the Florentine Republic.

In 1260 Empoli hosted the Ghibelline Parliament, historical assembly subsequent to the Battle of Montaperti, even mentioned by Dante in his “Divina Commedia”.
The city was walled in post Roman times, but the walls were destroyed in 1333, when the River Arno overflowed.  These were quickly rebuilt, but in the latter part of the XV century, a wider circle of walls were built to accommodate the growing town.

From XVI century, it began a long, suffered period of predations by innumerable raids of foreign armies. After 1530, the grand duke Leopoldo I di Lorena helped improving Empoli's fate, through a long process of industrialization of the town that involved many areas of Tuscany.

During the II World War, Empoli “paid” its fame of industrial town, being tragically shelled and damaged. By the end of the war, the town was in ruins, but the citizens put things right in no-time.

When you visit Empoli, we recommend you to start from Piazza Farinata degli Uberti, also known as Piazza dei Leoni ("Lions Square"), whose center is marked from a fountain made by Luigi Pampaloni.

Here you will find the Collegiata St Andrea – built in the V century, and renewed in 1735 by the architect Ferdinando Ruggeri, who created the Romanesque arcaded façade, currently visible. The Collegiata is rich in works of art, among which you'll admire the splendid "Madonna in throne, among the Saints Martin, Andrew, Agata and John the Baptist” by Lorenzo di Bicci.

Palazzo Ghibellino, built under permission of the Countess Emilia dei Conti Guidi in the XI century and later seat of the Ghibellin Parliament. The building now houses a delightful auditorium and the outstanding Museum of Paleontology.

Empoli is also very rich in traditional events, not to be missed:

A unique unforgettable experience to enjoy the very heart of Tuscany!

Haven't visited yet? Have questions about Empoli? Ask them here! 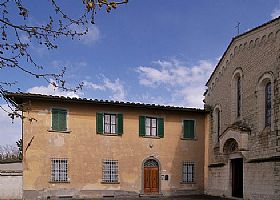 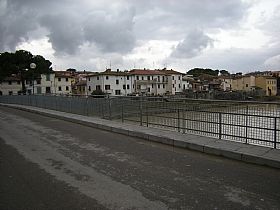 Ponte a Elsa is a singular town divided in two. 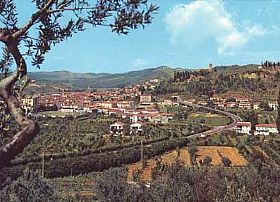 Near Florence is the medieval hilltop town of Montelupo Fiorentino, with old world ambiance and interesting sights.