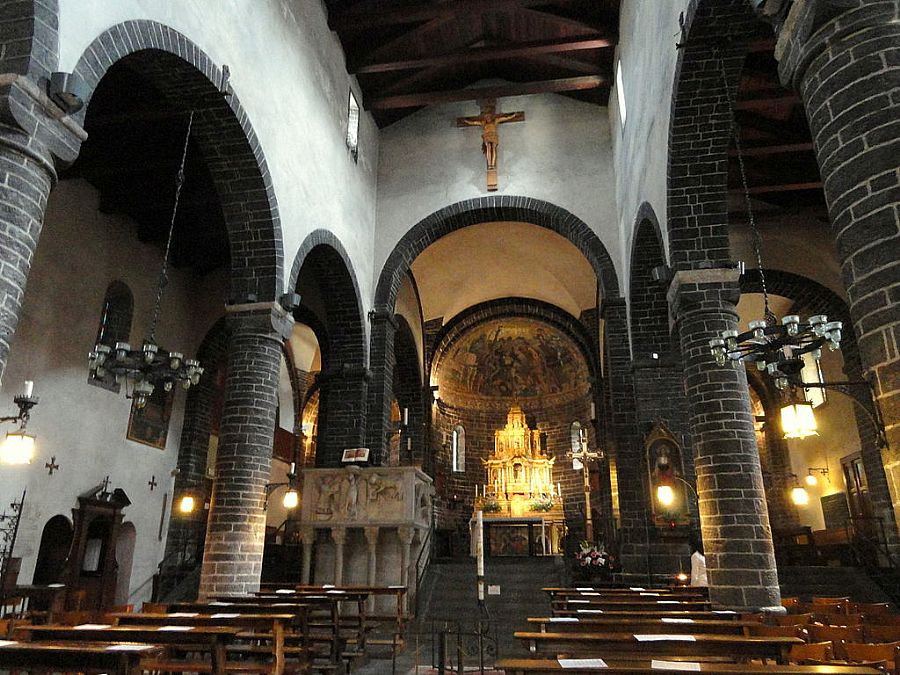 The town's of Bellagio's landmark church is the Romanesque basilica of San Giacomo (St James). The unadorned stone facade is squeezed against the imposing attached bell tower, which is visible from the surrounding area.

The church was built in the 12th century in spare Romanesque style with three narrow naves and a triple curved apse using stone from Moltrasio. It was renovated during the Baroque period, but without the usual excesses of that style, so it retains a restrained atmosphere overall. There is a mix of artwork by the Umbrian and Lombard schools, Romanesque sculptures and some lovely paintings, one attributed to Perugino. The marble pulpit is held aloft by four marble columns, representing the four evangelists.

Its location in Piazza della Chiesa, on the hillside, makes it a distinct landmark from the water and the lungolago promenade path.

Haven't visited yet? Have questions about Bellagio Basilica of San Giacomo? Ask them here!

Enjoy the comfort of a vacation home in Bellagio.