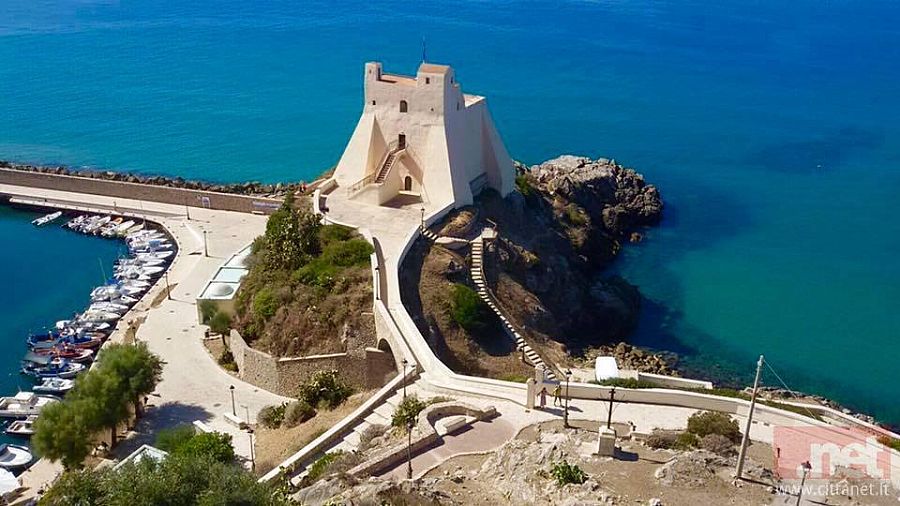 A defining symbol of Sperlonga, the Torre Truglia sits on a rocky spur below the town center. The square, squat structure has guarded Sperlonga against pirate raids and Saracen incursions since 1532. It was built on the foundation of an ancient Roman tower. Resting above the sea, the distinctive structure offers postcard-worthy panoramas along the shore's golden sand beaches in both directions, of the town itself, and the Monti Aurunci mountains beyond.

The building served as a station for the Guardia di Finanza (Finance Police, who deal with smuggling and also patrol Italy's territorial waters) from 1870 until 1969. It now houses the center for marine environmental education as part of the regional park Riviera dell'Ulisse. When it is open, you can go inside and take the staircase up to the terrace over the water, a beautiful spot.

This tower is a symbol of the town, and contrasts with the other coastal water tower three kilometers to the south, the Torre Capovento, which is taller and rotund.

Haven't visited yet? Have questions about Torre Truglia? Ask them here!