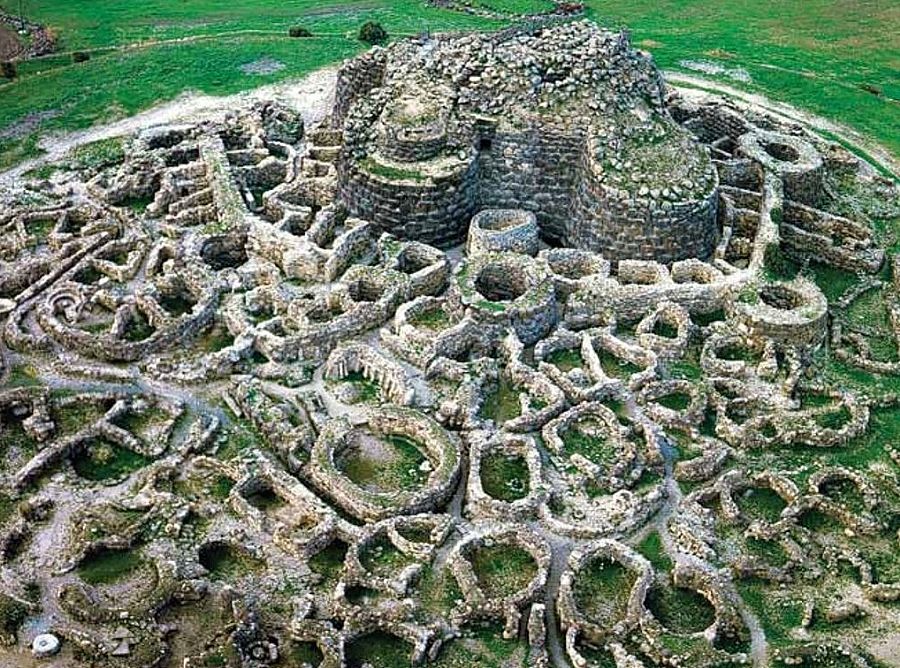 In central Sardinia there is a UNESCO World Heritage Site that is worth the effort to reach, called Su Nuraxi di Barumini. It is a stunning example of prehistoric architecture that developed on Sardinia in Bronze Age, called nuraghi. While there are many nuraghi throughout the island, this particular site retains an incredibly detailed example, a defensive structure and village that resembles a honeycomb for its intricacy.

Su Nuraxi dates to the 2nd millennium BCE, and according to UNESCO, is "the most complete of the remarkable prehistoric architecture". In an elevated position, it is impressive with its stone structures maintained in such a way that the original layout is clearly visible.

The site was initially a settlement for clan or family dwellings, but evolved to a more complex village. It had a massive central tower with a spiral staircase connecting the three levels, that reached 18.5 meters (more than 60 feet) tall originally; the top level is no longer intact. There were four other towers linked by a wall, with a courtyard. A second outer wall provided additional protection and, still visible, are the remains of the settlement huts of the village.

The site is worthy of its UNESCO status, it presents an innovative and unique architecture that was found only here.