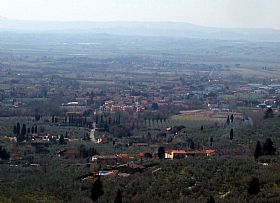 Rigutino is a hamlet in the province of Arezzo. Set in the rolling hills of the Val di Chiana it is just a short distance from the famous and beautiful town of Cortona, as well as being just a few minutes from the art city of Arezzo.

The town was established by the Etruscans and then taken over by the Romans. There are remains of Roman villas, the most prestigious was built by the Briccia family. A statue of Silvanus, the Roman god of woodlands and borders, was found here in 1930, further attesting to the importance of this area during the imperial period.

Rigutino has an impressive stone cathedral built in the 11th century in Gothic style. It is dedicated to the patron saint, San Quirico. Though small, there is a restaurant and pizzeria, along with a handful of coffee bars and a pastry shop in town. There is also a newsagent and a grocery store. Nearby Castiglion Fiorentino has shops and restaurants, as well.

Rigutino is close to the Chianti wine region, where lots of cantinas open their doors for tastings and purchases. The Chianti hills is the area of quintessential Tuscan landscapes, as seen in films and photographic books.

Haven't visited yet? Have questions about Rigutino? Ask them here! 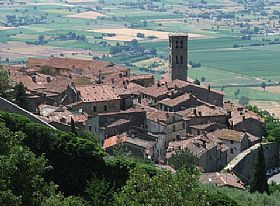 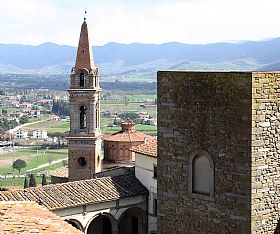 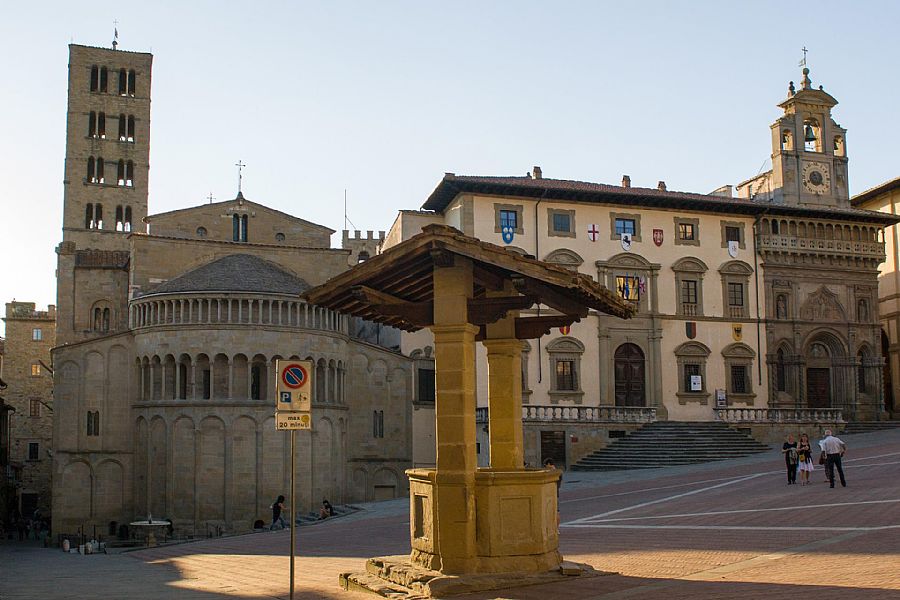 Arezzo is an extraordinary and ancient city, that is actually as old as Alexandria of Egypt.