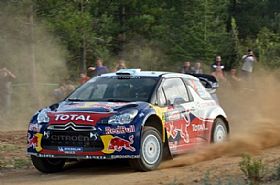 A high-energy car race is the highlight of June in Sardinia when the Rally Italia Sardegna Race rolls into play. Part of the WRC it has been held here since 2004 where the diverse landscapes of the island test even the most skilled drivers. According to the World Rally Championship organizers, the competition "pits drivers and production-based cars against some of the toughest and most varied conditions on the planet."

For fans, it's a ruckus spectator sport that begins with pace routes, a shakedown and the opening ceremony, before the three days of competition commence. The route takes drivers along coastal roads, through scenic hills, forests and mountains. They bump over rocks and skid on sandy or pebbly surfaces in the summer heat to try to finish first. The towns around Sardinia welcome the participants and spectators with fanfare and special events, before things wind down with the awards ceremony.

For road rally enthusiasts, this is an annual event to see.

Haven't visited yet? Have questions about Rally Italia Sardegna Race? Ask them here!

Ask our staff about self-catering homes in Sardinia.